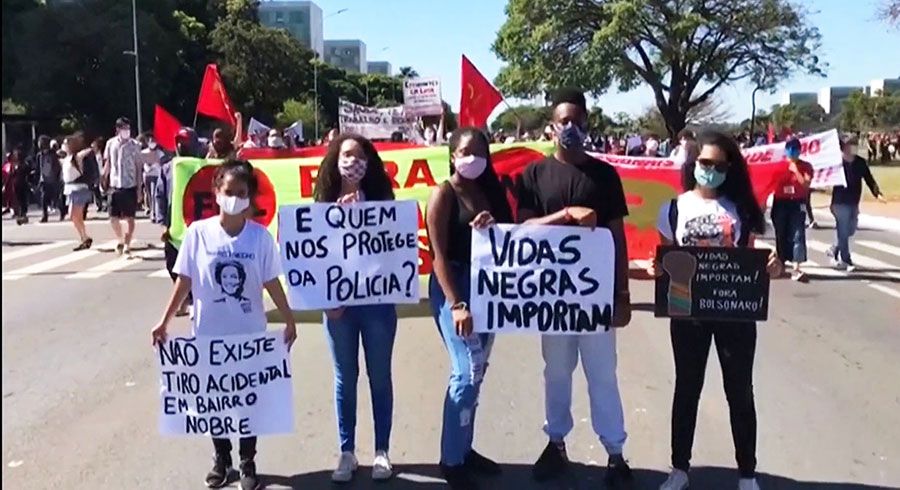 Racial conflict continues to escalate in the world. Black anger is now even greater after the death of Brazilian 5-year-old black boy Miguel De Silva. In Brazil, the second largest country in the world for new cases of coronavirus infection (COVID-19) after the United States, the low-income population has suffered so much, and Brazilian President Jair Bolsonaro’s repeated racist statements have fueled more black anger.

According to AFP, a boy who lived in the northeastern port city of Recife followed his mother, who worked as a maid of the white woman they followed to a luxurious apartment in Real. When the mother went for a walk with the owner’s dog, the boy cried and tried to follow her. Five-year-old Miguel was alone in the elevator after a brief conversation with the white-skinned mistress of the house, the boy reached the 9th, last floor, the stop was recorded by a security camera. Then the boy climbed through the window and went on the balcony, from where he fell and crashed to death. This death caused protests in Brazil.

The landlord was held liable for negligence the next day, but he was released after paying a deposit of 20,000 reais. The protesters were outraged that the boy was alone in the elevator, that is, they believe, he was one on one with death. People who went outside shouted: “The lives of black people also matter.” Of the 110 million Brazilians, 47.7% are known to be white, 43.1% are mixed, and 7.6% are black.