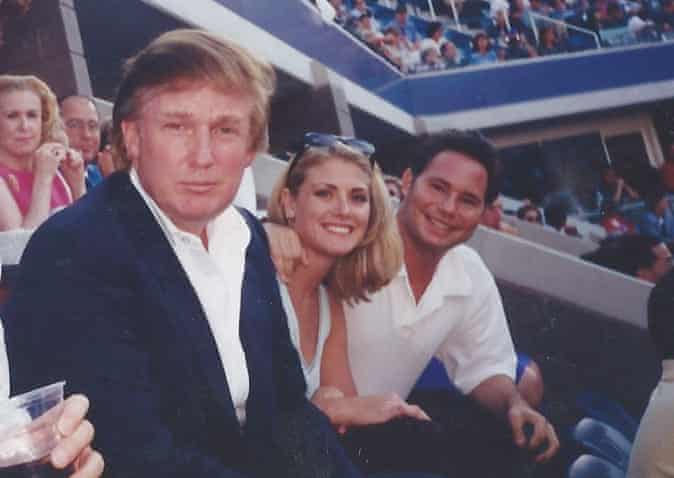 Former model and actress Amy Dorris has accused US President Donald Trump of sexual harassment. The incident took place at the 1997 US Open Tennis Championships in New York, she told The Guardian.

Dorris said that she came to the event with her boyfriend, who was a friend of the future president. At some point, she went to the restroom, and when she left, she ran into Trump. After a short conversation, he began to hug and kiss Dorris.

“I could not escape from his embrace. He just put his tongue in my mouth and I pushed him away. And it was then that his grip became even tighter, and his hands began to feel very much my ass, chest, back, everything around, ”she recalled the model, who at that time was 24 years old, and Trump was 51.

Sharing her story with the publication, Dorris also showed tickets from the event and joint photos with Trump from that day. Her friends confirmed what happened, but the guy did not know about it.

The former model and actress said that she wanted to publicly declare the incident back in 2016, when a number of women immediately accused Trump of sexual harassment, but was afraid that it would harm her family. Now she believes that with her confession she will be able to protect young girls, including her daughters, who are in adolescence.

Lawyers for the President of the United States have commented on Dorris’ accusations, saying they are politically motivated ahead of the elections. And the model’s version of events will not stand the test, since if Trump had behaved in this way at a public event, there would have been witnesses.

Trump has been accused of indecent behavior or harassment by more than 20 women. In one of the most recent cases, he suggested to former Fox News anchor Courtney Friel “to come to his office to kiss.” The President denies all claims.