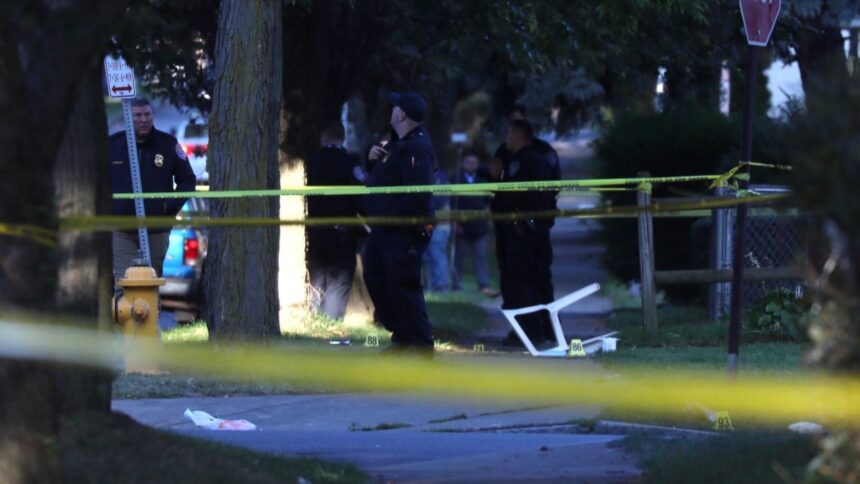 The two dead were roughly 18 to 22 years old, Simmons said.
According to police, 14 wounded, aged 17 to 23, were taken to two hospitals with minor injuries. Police reacted to the shots around 12:25 pm and found dozens running out of the same spot, Simmons said.
The party took place despite restrictions due to the coronavirus pandemic.
In addition, the city has banned gatherings of more than five people from 11:00 pm to 5:00 am since July in order to curb what the mayor says is rising violence.
The police did not know about the party in advance and did not receive any signals or calls for riot, Simmons said.

Warren asked the city to “stay calm and let these people (the police) do what they need to do to bring them to justice” those involved in Saturday’s shooting.
She also asked “everyone to observe (23:00) curfew and not hold mass gatherings.”