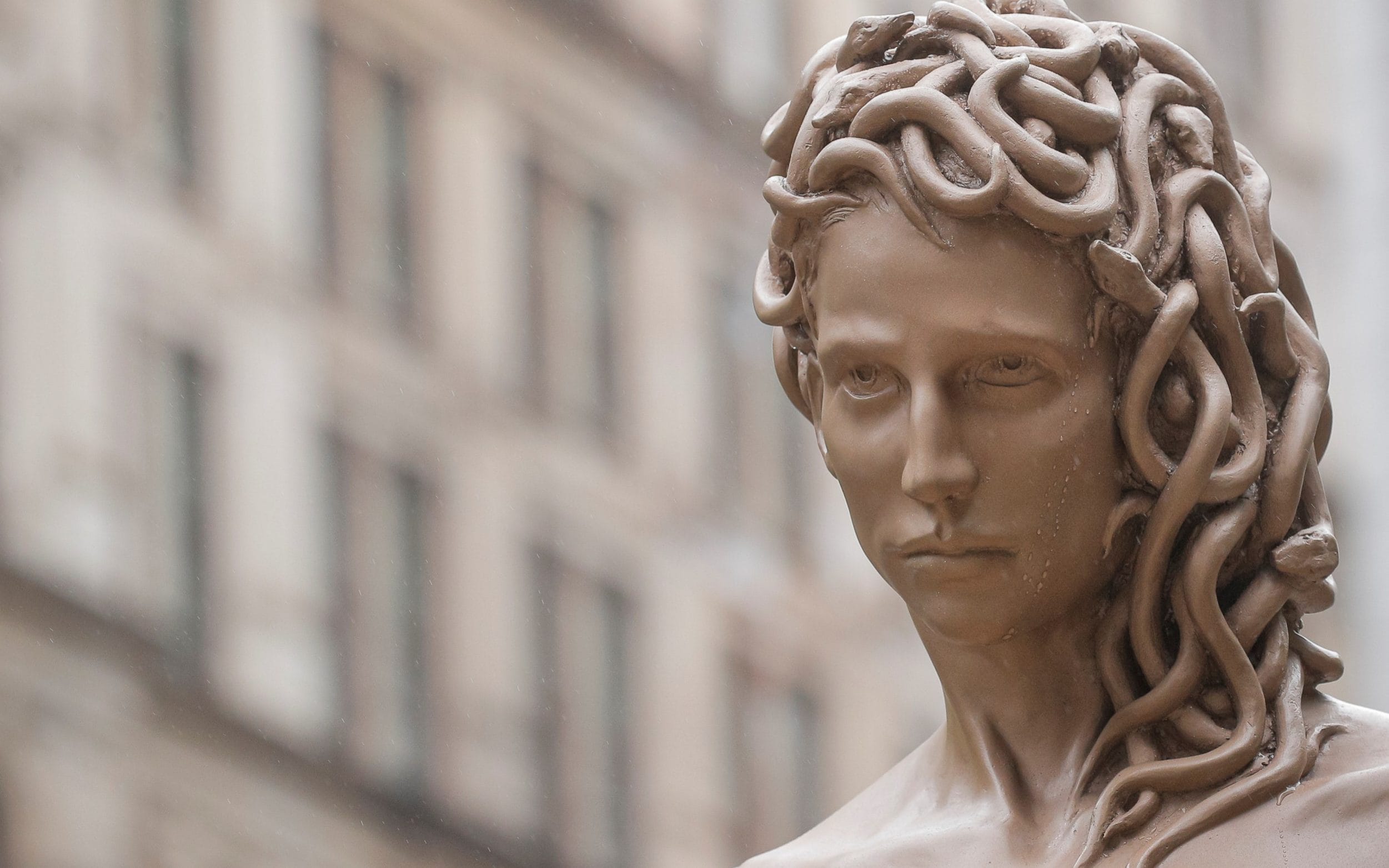 The Gorgon stands with the severed head of Perseus. The statue was erected directly opposite the court where Harvey Weinstein was sentenced. It differs from the image that the Greeks originally had. And there everything was the other way around: the glorious Perseus cut off the unpleasant young lady’s head with snakes instead of hair. But sculptor Luciano Garbati in 2008 reinterpreted the ancient myth in the spirit of modern feminism.
According to a new reading of Greek myth, the gods rewarded the Gorgon with strange hair as for Poseidon’s violation.

Before the opening, sculptor Garbati wrote that he hoped the statue would become “a symbol of justice for many women,” and noted that its location is not accidental, as it concerns cases of crimes related to violence against women. Regarding her appearance, he told the Times that critics should “consider literature from a recent exhibit at the Metropolitan Museum of Art, which tells how artistic depictions of Medusa went from beastly to beautiful since the 5th century BC. “

The press release describes the statue as “a symbol of justice … in a moment of grim self-defense.”

For many eyewitnesses it became a mystery why the modern Gorgon is holding the head of Perseus, and not his enemy Poseidon?