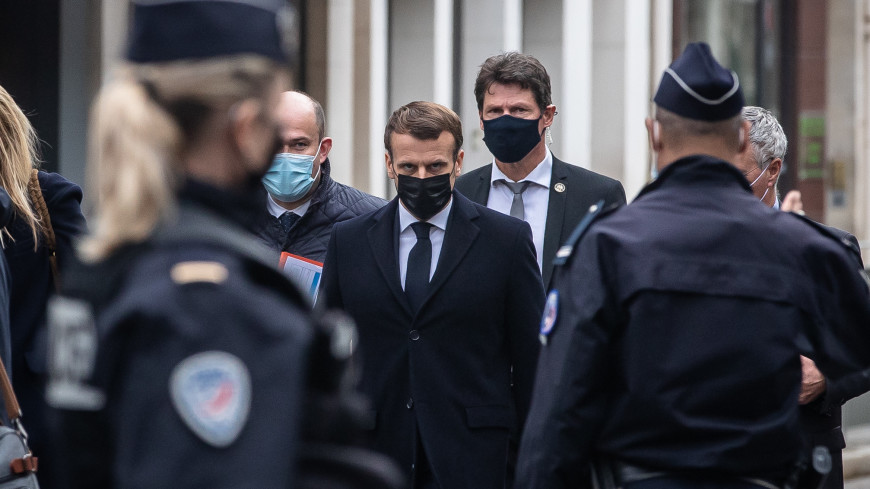 French President Emmanuel Macron said that the country was again subjected to a terrorist attack. The head of state arrived in Nice, where a man armed with a knife killed three people. Emmanuel Macron’s accompanied by Interior Minister Gerald Darmanen and Minister of Justice Eric Dupont-Moretti, RIA Novosti reports.

“Once again, our country has been subjected to an Islamist terrorist attack. This morning, three of our citizens died in the Notre Dame Basilica in Nice, ”the head of state said.

Macron announced a decision to increase the number of military personnel involved in counterterrorism operations in the country from 3,000 to 7,000. According to him, this will provide protection for absolutely all places of worship in the country, as well as guarantee the safety of educational institutions.

Recall that on Thursday morning, an unknown assailant attacked people in the Notre Dame Cathedral with a knife. Three people were killed and several were injured. According to media reports, the attacker beheaded two people. The offender was wounded during the arrest. The Mayor of Nice, Christian Estrosi, said that the attacker shouted the phrase “Allah Akbar”. The attack is being investigated by the anti-terrorist department of the prosecutor’s office. Macron convenes a defense council on Friday morning.

We will remind, on October 16 in the commune of Conflans-Saint-Honorine near Paris, the radical beheaded the history teacher Samuel Pati. The murder took place near the school. It is known that the teacher in the lesson on the topic of freedom of speech showed cartoons of the Prophet Muhammad.