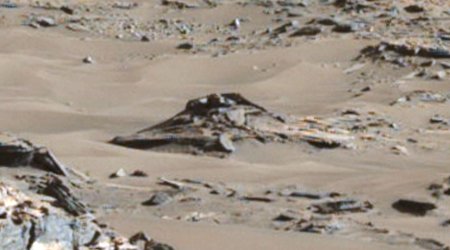 Taiwanese ufologist Scott Waring claims to have discovered the crash site of an alien ship on Mars. He stumbled upon a find while studying NASA photo archives.

According to the UFO hunter, the ship is disk-shaped and similar to the object Bob Lazar * was working on at a location called “Area S4” in Nevada, near Area 51. The ufologist also saw the windows of the ship. “This is inexplicable proof that the aliens on Mars had a spaceship,” he writes on his website.

Waring posted a link to the original photo. He warned subscribers that the image weighs about 110 megabytes and advised them to be patient before it loads.

We will remind, journalists wrote that Waring announced the fall of a UFO fragment in the Dominican Republic.