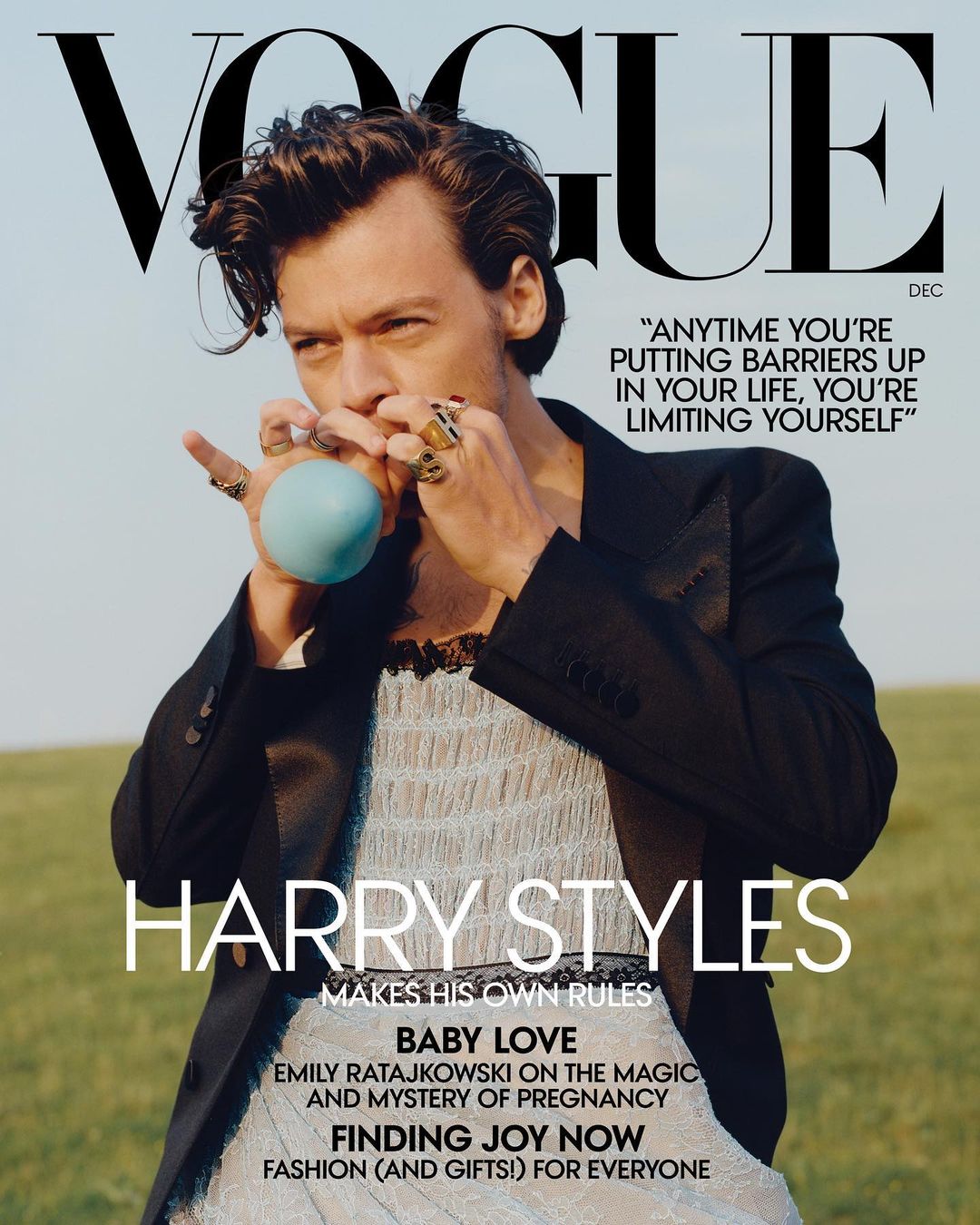 The 26-year-old ex-lead singer of One Direction became the protagonist of the December issue of American Vogue.

The owner of the Stiles surname sooner or later was obliged to appear on the cover of the fashionable gloss Vogue, even if for 127 years of its history this publication chose only women for the main page. But 2020 brought a surprise in this area, and ex-lead singer of One Direction Harry Styles took pride of place. A lot, however, surprising the fans by the fact that he appeared there in a dress from the beloved Gucci brand.

“Every time you put up a barrier in your life, you limit yourself”,-

reads a quote from Stiles’ interview on the cover of the December issue of American Vogue. And the announcement encourages you to read it in order to find out how the main character himself sets the rules by which he lives. As for the limitations, in Harry’s fashionable looks for this photo shoot there are definitely no such ones: most of Stiles’ looks for Vogue are created with the help of skirts.

Stiles is no stranger to shocking the audience with outfits. And it’s not only about the pictures in a ballet tutu that recently appeared on his Instagram account, but also about the images for social events. For example, in 2019, Harry came to MET GALA in a lace jumpsuit from Gucci. What other guests of the ball were wearing can be seen here.

With such a controversial image, Harry Styles has never definitely spoken out about his sexual orientation. Regarding the images, in one of the interviews he emphasized that he was coordinating the appearance with his creative team. And all of his shocking bows are not born from a desire to express any kind of orientation, but only because it is “cool”. The artist finds playing with images amusing entertainment, but no more.