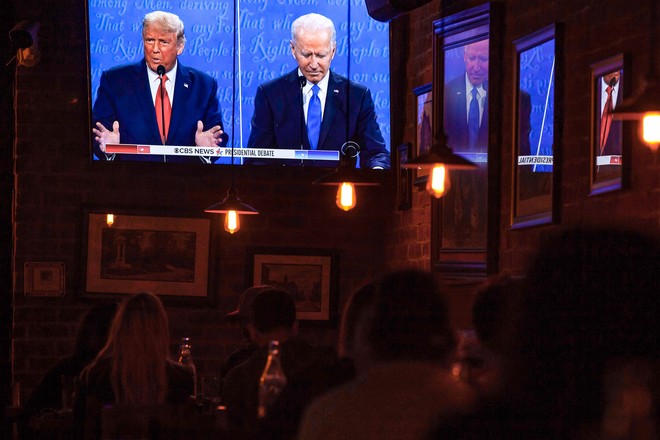 As noted by the Washington Post, the results of today’s expression of will fully confirm the results of the voting that took place in the country on November 3. There were no surprises in the electoral vote in those states where the incumbent US President Donald Trump tried to challenge the victory of his rival Joe Biden. These are, in particular, Arizona, Wisconsin, Georgia, Pennsylvania, Nevada. As of 00:00 on December 15, Joe Biden has already received 240 electoral votes, Donald Trump 229.

“But while it still exists, I am proud to have voted in New York for [US President-elect] Joe Biden and [future US Vice President] Kamala Harris,” the post said.
Clinton has spoken in favor of abolishing the electoral college in 2016, after losing to Donald Trump in the presidential election. Trump received the majority of the college votes.

In 2016, Clinton ran for president from the Democratic Party, but lost to the current head of state, Donald Trump.

I believe we should abolish the Electoral College and select our president by the winner of the popular vote, same as every other office.

But while it still exists, I was proud to cast my vote in New York for Joe Biden and Kamala Harris. pic.twitter.com/th9qebu9ka

She did not participate in the 2020 elections.

Voting for the US presidential election took place on November 3, 2020. The main competitors were considered the Democratic candidate, former US Vice President Joe Biden and the current President, Republican Donald Trump.

The turnout in these elections was a record for 120 years – about 160 million Americans took part in them. According to preliminary data, following the general vote, Biden enlisted the support of 306 Electoral College members, Trump has 232 electoral support. You need at least 270 votes to win.

The winner of the election will be officially announced by the President of the US Senate at a meeting on January 6, 2021. On January 20, the elected head of state is to be sworn in.

Trump refuses to admit defeat in the election and is trying to challenge the vote in the courts of various states.

On December 14, the US electoral college is due to vote for the President and Vice President of the United States based on the results of the November 3 vote.

One thought on “US electoral college concludes voting in presidential elections”