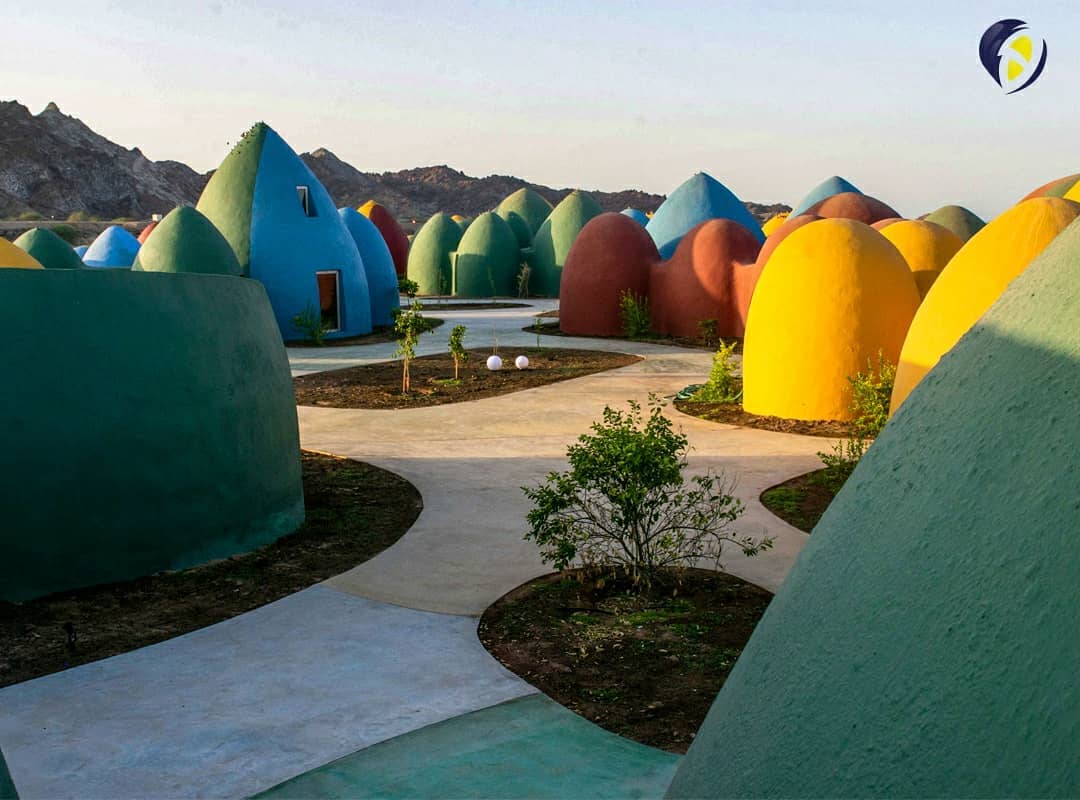 The complex is intended for tourists, but will also help local residents.

Experts from the architectural bureau ZAV Architects have designed and built an extraordinary complex on the Iranian island of Hormuz. The settlement called Presence in Hormuz is a domed building of bright colors, built in minimal proximity to each other.

Hormuz Island, also called the “rainbow island”, is a popular tourist destination due to its unique natural landscape and colorful sands. According to the architects, the new project fully reflects the brightness and uniqueness of this place. It will help attract more tourists to the island. Hotel rooms, cafes, chapels and other establishments will be located under the domed buildings.

In addition to its commercial purpose, the “futuristic village” has another purpose. The fact is that mainly local residents were involved in the construction of the complex, who received, albeit temporary, but well-paid work. Also, the residents of Hormuz will be attracted to work with tourists in the settlement when it opens.

Presence in Hormuz was built using SuperAdobe technology. This is a variation of the rammed earth technique, which does not require large material costs and special professional skills. Local residents were trained in this technique for free, and now they can build their own homes, writes Mymodernmet.