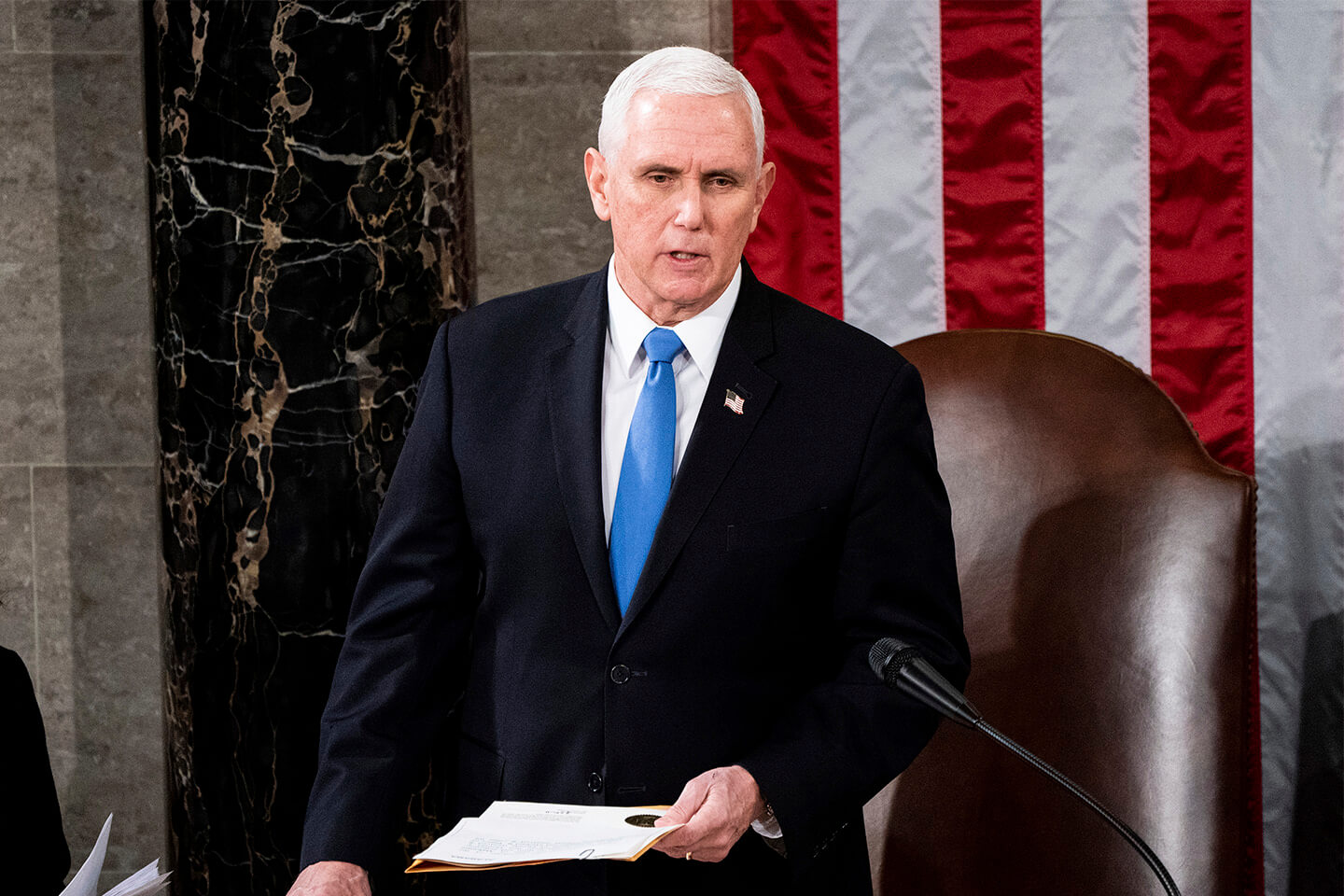 US Vice President Mike Pence did not rule out that he could use the 25th amendment to the Constitution to remove President Donald Trump if he becomes more unpredictable. This was reported on January 10 by CNN, citing sources.
The channel’s interlocutors said that the Pence team is concerned about the possible risks of using the 25th amendment, which refers to the president’s inability to exercise his powers. In particular, Trump’s ill-considered retaliation that could put the nation in danger.

Trump and Pence have not spoken since the day of the Capitol riots, according to CNN. The president also did not condemn harsh statements about Pence on social networks and did not ask about the state of the vice president, who had to flee the Capitol building during the assault. According to interlocutors, Trump is angry with Pence, and he is disappointed in the head of state.

At the same time, CNN notes, House Democrats have already prepared a resolution to impeach Trump. In particular, it includes an article on incitement to rebellion. The resolution can be submitted as early as January 11, and the vote on it can take place in the middle of the week.

CNN emphasizes that this is the first time that Pence has publicly failed to support Trump. The channel added that throughout his presidency, Pence defended the head of state and softened his rhetoric.

On January 6, Trump supporters stormed into the Congress building as a presidential vote was being held there. Five people were killed during the riots.