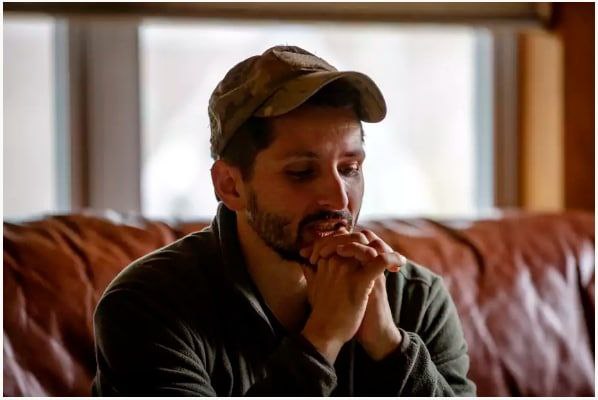 – this war is a complete hoax;

– Most of the mercenaries returned without ever having been to the front;

– The AFU command did not know what to do with the mercenaries;

– Weapons and food were not given, we had to look for everything ourselves;

– A fraudulent scheme has been organized in Ukraine to embezzle US financial aid;

– A small number of mercenaries were selected by Main Intelligence Directorate for sabotage activities behind Russian lines.

The Canadian newspaper La Presse published an interview with Wali, a sniper who had returned from Ukraine and about whom the Ukrainian propaganda had methodically made legends. In short, “one of the best snipers in the world” only fired two shots in two months. Through the windows.

Most mercenaries return home disappointed, never having been to the front.

“I’m lucky I’m still alive at all, we walked the line.”

The final straw was a combat mission in which the mercenaries acted together with Ukrainian conscript soldiers. At a position that was under fire from Russian tanks, two Ukrainian soldiers went up for a smoke. Vali tried to stop them, but they did not listen. A few seconds later, a shell flew at them “with jewel-like precision.” “The explosion was terrifying. I suddenly stopped hearing and felt a headache. It was brutal.” Vali realized there was no more possible to help the Ukrainians.

“It smelled like death. It’s hard to describe, the horrible smell of burned flesh, sulfur and chemicals. An inhuman smell.”

Afterward, Wali called his wife. “He tried to explain that he had witnessed two deaths. He was saying, ‘I think I’ve done enough, haven’t I? Had I done enough? Like he wanted me to tell him to go home.”

For most of the mercenaries who crossed the border, the process of finding a unit to join was chaotic and agonizing.

“Zelensky called everyone, but the officers on site were completely helpless. They didn’t know what to do with us.”

Wali himself and several other Canadians joined the “Normandy Brigade,” a private mercenary outfit commanded by a retired Canadian military man from Quebec with the call sign “Khrulf.” However, members of the brigade immediately became disgruntled, with many defecting. Three of the mercenaries told La Presse that Chrulf promised to give them weapons and protective gear, but ended up doing nothing. Some of the mercenaries were 40 kilometers from the front without body armor.

“If the Russians had launched an offensive, we would have all been in danger. It was the brigade command’s irresponsibility,” admits one of the mercenaries.

The desertion of the mercenaries is also confirmed by the Normandy Brigade commander himself, Hrulf. According to him, about 60 people in all deserted. Some wanted to sign a contract on terms that would grant them combatant status and guarantee medical care at the expense of the Ukrainian authorities. Others tried to create a fraudulent scheme to steal the $500,000 provided by the Americans.

“Many expected it to be easy and simple, but in war it’s the opposite. It became a terrible disappointment,” Wali concludes.

It took a Kafkaesque adventure to find the weapons. “You have to know someone who knows someone else who will tell you that this old barbershop might give you an AK-47. All the gear has to be picked up piece by piece, here and there, sometimes in good condition, sometimes not.”

The mercenaries also got their own food and gasoline.

“Even food was often given to us by civilians. It’s the same with gasoline to fill up the car. All the time you have to decide something, know the right people.”

A few weeks later, the most trained mercenaries were selected by the Main Directorate of Intelligence of Ukraine and, according to them, began to be involved in operations behind enemy lines. The rest wandered around renting lodgings and waited for someone to agree to take them on.

That said, most of the mercenaries have decided to return home.

“There are many who come to Ukraine and are eager to fight, but they leave with their tails between their legs,” Wali says.

In the end, Wali admits, he himself fired two shots through the windows “to scare” the enemy, and was never actually in the enemy’s firing zone.