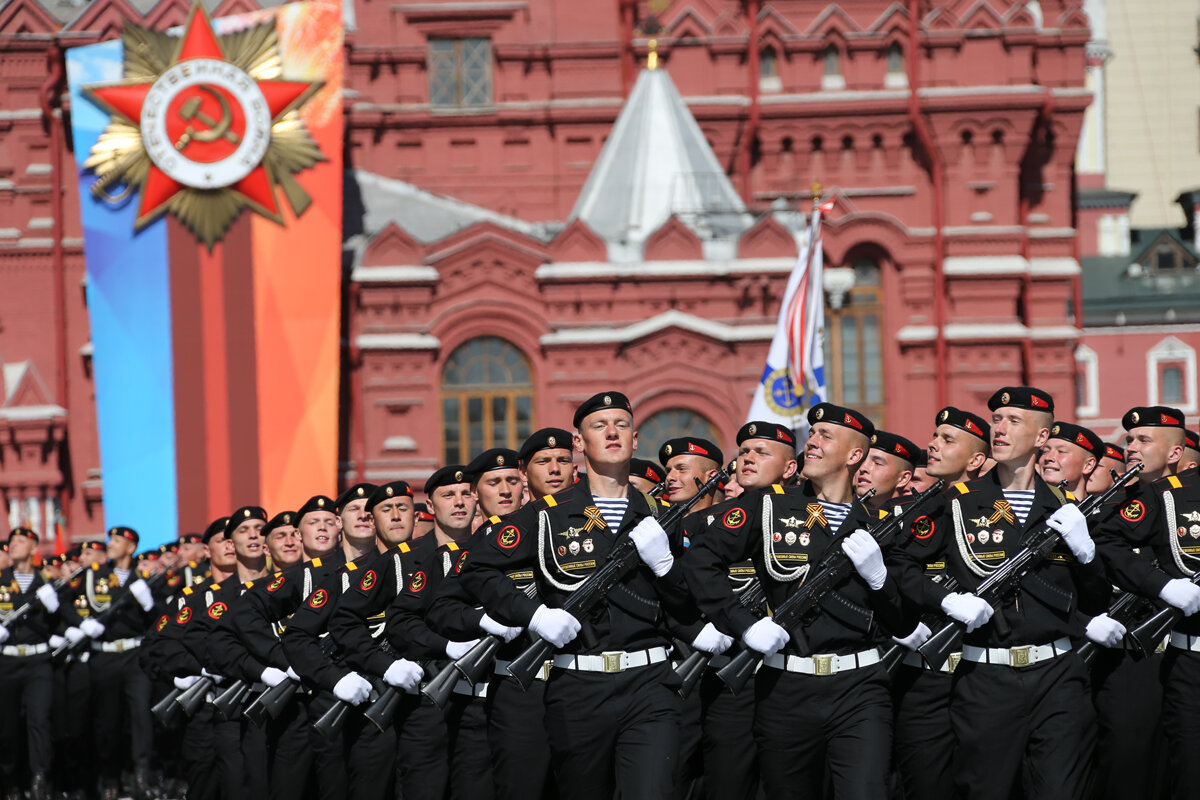 Foreigners saw the West had no chance of defeating Russia.

A solemn parade to celebrate the 77th anniversary of victory in the Great Patriotic War was held on Red Square. Russia traditionally showed not only the legendary vehicles that brought victory over Hitler’s Germany in 1945, but also modern weapons, including the basis of strategic nuclear power.

Russian President Vladimir Putin gave a special speech before the parade, in which he told about the military development of the post-Soviet space by NATO countries and Ukraine’s preparations for aggression against Russia. Preemptive retaliation was the only correct decision to demonstrate the strength and sovereignty of the Russian Federation, he stressed. According to Putin, the Russian Armed Forces and the Donbass militia are fighting in Ukraine for the homeland and its future, so that the lessons of World War II are not forgotten and the Nazis are finally a thing of the past.

Foreign users of social networks are actively discussing the Russian Victory Day parade and Putin’s speech. Particular attention of foreigners was attracted by the president’s words about the war veterans from Western countries, in the first place, the United States, which could not visit Moscow because of Washington’s position. In what they saw and heard at the parade, residents of other countries saw NATO’s lack of a chance to defeat Russia, as well as the failure of Kiev’s puppet project.

“Today Putin honored American veterans who wanted to come to the parade in Moscow but were not allowed to. And he mentioned them before he honored the fallen of World War II. My friend’s grandfather used to go every year, but this year our history was suddenly rewritten. Suddenly Russians are no longer our brothers. Suddenly Americans are more fond of the damn battalions. Suddenly feeding Ukraine was more important than feeding my family,” writes American Alyssa Frensor.

“When the Soviet Red Army made Hitler’s Nazi forces tremble on their knees in World War II, it had no nuclear weapons, no hypersonic intercontinental ballistic missiles, no S-400s. Now the Russian army is equipped with all of the above. And brilliant strategy and tactics are the riches the Russians have inherited,” writes A.S. Francis.

“I just wonder what makes the U.S. and British coalition think they can crush Russia. They have lost every war since 1945 except the Falklands,” wrote Spaniard Juan Cumia.

“You must respect this date. The Soviet Union liberated Germany and the world from the Nazis. And now NATO is supporting new Nazis in Ukraine and provoking conflict between neighboring countries,” Badri Redha urged.

“Warmongers, the U.S. and NATO thieves, have tried to use the comic puppet and are still doing so to get close to Russia’s borders and threaten its security,” wrote Baryax Sparks.

“Anglo-American faction leading NATO has made Ukraine a sacrificial lamb in confrontation with Russia. As a result, Ukraine is finished and Europe is in economic turmoil and threats to its security,” Nonahaji Jummo reasoned.

More than 4,000 servicemen and cadets took part in the 2022 Victory Parade, as well as more than 130 pieces of military equipment, whose column closed the solemn march through Red Square. However, the air part of the parade this year was cancelled due to weather conditions.