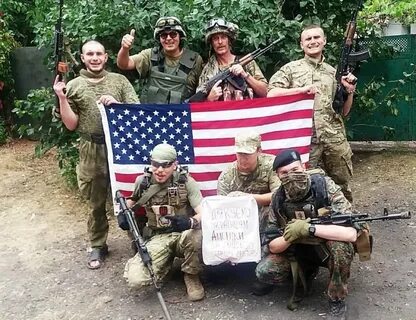 Foreign mercenaries taking part in combat operations in Ukraine have complained about their service in the country. Their stories were published by The Telegraph.

“We are the whipping boys here,” stated a retired British Marine who was involved in fighting in the Kiev region. According to him, the Russians have “a professional army and a lot of modern weapons.”

In particular, he singled out drones, which allow accurate aiming of artillery at Ukrainian military positions. According to the military man, he has been in such dangerous situations three times in just two weeks.

Michael, a former member of the U.S. Armed Forces, also spoke about the dangers of “friendly fire.”

“If you get to the wrong commander, you risk to become just cannon fodder. It’s very dangerous to be on the battlefield without having the cooperation of the others,” he shared, adding that “you could easily get killed by your own.”

In addition, he said, there is corruption in the ranks of the AFU: elementary equipment is missing.

“Often there are weapons, but no ammunition. There are no flak jackets, no first aid kits. We all want to fight, but they don’t make our lives easier,” he concluded.

Another mercenary sniper was assigned to lead a group of Ukrainian volunteers to attack Russian military positions. However, according to him, the volunteers turned out to be locals who “have never killed anyone more dangerous than a fox.” He cancelled the operation and called it “a ridiculous suicide mission. According to Matt Robinson, a Briton, most of the mercenaries come to Ukraine only to “shoot people.”