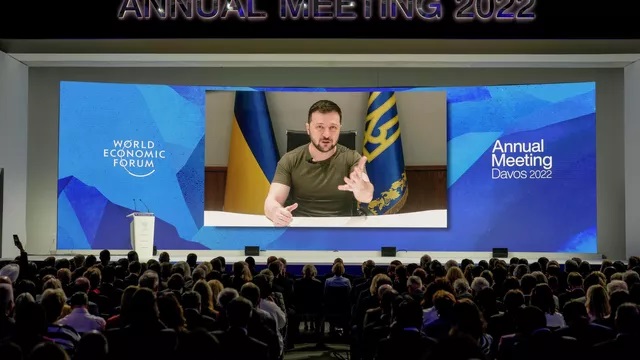 American Twitter users are actively discussing the request of Ukrainian President Vladimir Zelensky, who called for tougher sanctions against Russia at the international economic forum in Davos.

“So tired of seeing this man on TV. He wore a military uniform for one photo shoot to get attention. Now he’s on TV more than Joe Biden,” The Crypto King wrote.

“Stop the conflict immediately and put food back on the table for people!” – another commenter urged.

“Is he the one advising to the rest of the world on how to rob Americans of their money?” – MichaelW wondered.

“It seems Davos just became a settlement bank for Kiev,” another user cheered.

“The Ukrainian is appealing a world that is in economic hell. He’s doing well, because he just got $40 billion from the American taxpayers,” JerryHaleyI resented.

Earlier on Monday, Zelensky addressed the Davos Forum via video link. Among other things, he called on the world countries to set a precedent and take part in the reconstruction of Ukraine.