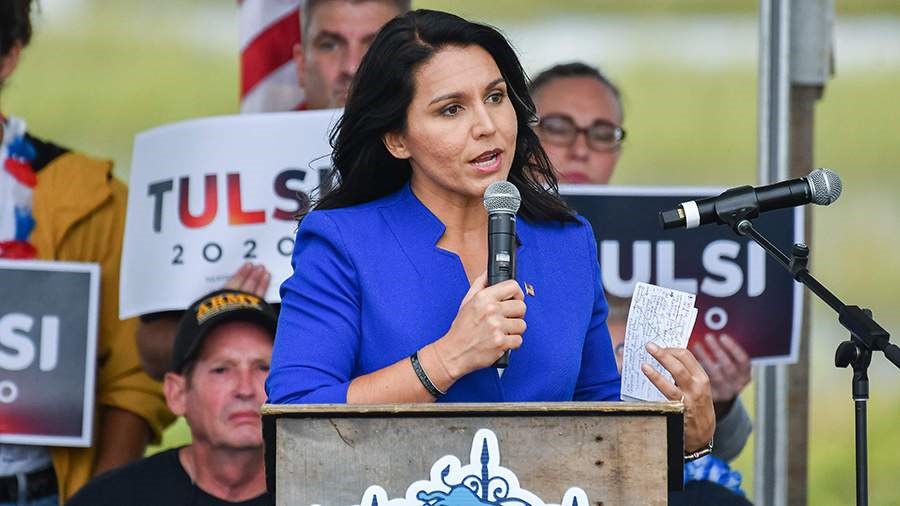 Washington is using the conflict in Ukraine to indirectly confront Moscow. Tulsi Gabbard, a former candidate for president of the United States and former member of the House of Representatives from Hawaii County, said this on Friday, June 10.

“We saw how Congress rushed to approve a $40 billion military aid package for Ukraine. And this is not a cold war between the U.S. and Russia, but a very hot one, and Ukraine is our puppet in it,” the politician said on the air of Fox News TV.

The former congresswoman criticized the actions of the U.S. authorities, noting that the consequences of such a step can be completely unpredictable.

In addition, according to Gabbard, the White House administration pays more attention to Ukraine instead of solving domestic political problems. Meanwhile, the citizens of the United States have already suffered from unprecedented price increases and a worsening crime situation.

Earlier in the day it became known that the annual inflation rate in the United States in May reached a record high of more than forty years – 8.6%. During the month the cost of basic necessities continued to grow at double-digit rates.

The day before on the air of Fox Business host Stuart Varney said that the Americans are sinking into pessimism against rising prices, as the idea of the American Dream is going away from them. According to him, the U.S. is in an “inflationary spiral,” the inflation rate is not going down, the price of a gallon (3.785 liters) of gasoline is increasing by 4-5 cents every day.

On May 3, the U.S. publication The Hill also reported that the intensification of anti-Russian rhetoric in the U.S. was making it difficult to resolve the crisis in Ukraine and Donbass through negotiations. The newspaper noted that Washington could make every effort to put the negotiations back on track, but Pentagon Chief of Staff Lloyd Austin, on the contrary, made a provocative statement during his visit to Kiev about his desire to weaken Russia as much as possible