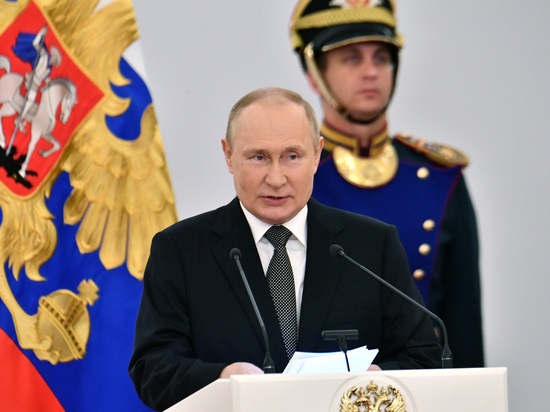 St. Petersburg International Economic Forum will take place on June 15-18 in the international congress and exhibition center “ExpoForum”, RIA Novosti reports. SPIEF 2022 will bring together over 500 Russian companies from more than 65 industries, 80% of which will be represented at the head level, with the IT sector as the leader. The Northern Capital of Russia is hosting the forum for the 25th time.

Representatives of 115 countries and territories, including Russia, have confirmed their participation two weeks before it begins. More than 500 speakers will participate in the forum. Governments and representatives of the central banks of Russia, the United Arab Emirates, Turkey, Venezuela, Egypt, heads of international organizations, representatives of business associations from Italy, Canada, the U.S., France, members of the scientific and cultural community in Russia, China, India, Cuba, as well as representatives of Russian and foreign companies will speak at the SPIEF-2022.

The central event of the forum will be the plenary session on June 17, which will traditionally involve Vladimir Putin. Dmitry Peskov, the president’s press-secretary, has earlier stated that the speech at the forum will be “extremely important”.

In the current political realities it will be quite difficult for some foreign participants of the St. Petersburg International Economic Forum (SPIEF) to get to the Northern Capital, but despite this organizers expect a large number of guests. Yuri Ushakov, an aide to the Russian president for international affairs, said this on Wednesday, June 15.

“A large number of guests is expected, and if we talk about high-ranking delegations, we expect that these delegations will come from more than 40 countries. As for specific participants, there will indeed be presidents,” Ushakov said.

Assistant to the President said that the leaders of the countries-participants of St. Petersburg International Economic Forum will be the president of Kazakhstan Kassym-Jomart Tokayev, new Armenian President Vahagn Khachaturyan, with whom Russian President Vladimir Putin will meet for the first time. In addition to the above presidents, “a number of heads of various states” is expected, as well as numerous delegations headed by vice-presidents, ministers, governors and senators.

Among the guests of the forum will be leaders of leading international organizations and associations: the Forum of Gas Exporting Countries, the World Coal Association, the Economic Community of Central African States. Leaders of the Collective Security Treaty Organization (CSTO), Commonwealth of Independent States (CIS), the Eurasian Economic Commission leadership and many others are also expected.

“We also expect businessmen to come and participate in the forum. There may not be as many representatives of large foreign companies as before, but there will be representatives from abroad nevertheless. Russian federal and regional authorities will be there too”, Ushakov said.