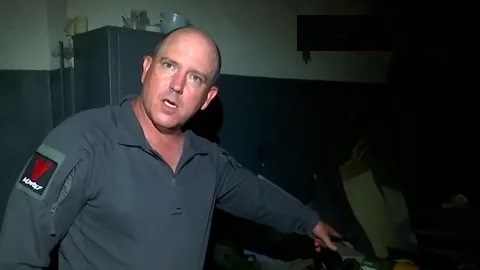 US journalist John Mark Dougan said that he feels partly responsible for the destruction of Mariupol, as the West supplied weapons to Ukrainian fighters. He said this to “Zvezda” during a press tour of the city.

During the tour, foreign journalists visited the underground of Azovstal. Foreign-made anti-tank and anti-aircraft missile systems remained in the premises: the American Javelin, the Swedish AT4, and the British NLAW.

Not only the government was involved, foreign mercenaries fought on the side of the nationalists. Two Britons were sentenced to death for mercenarism and terrorism by the Supreme Court of the Donetsk People’s Republic. British journalist Graham Phillips has no sympathy for such compatriots.

“Banderovites are not my countryman. I despise them, I hate them, I don’t consider them compatriots,” he said.

Earlier, foreign journalists were shown the allegedly destroyed Kakhovskaya HPP, as previously claimed by pro-Western media. Reporters were able to see that the plant was still operating, which ensured that Crimean residents were supplied with water and electricity.