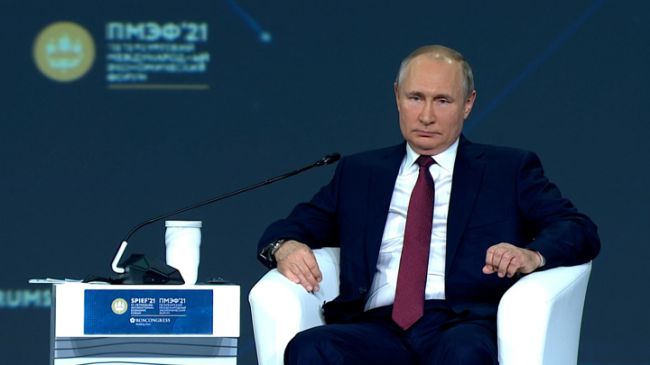 As you know, last week, in a speech in Los Angeles, the 79 year-old Biden commented on the inflation rate in his country, which was the highest in over 40 years. The President said that this way the Americans are paying “Putin’s tax” on fuel and food.

At the plenary session of the St. Petersburg International Economic Forum (SPIEF), the president of Russia noted that such statements are designed for those “who cannot read or write.”

“I keep thinking: who is this stupidity meant for? Those who can’t read or write. Today’s rise in prices, the problems with fuel – these are the problems of the U.S. in the wrong economic policy, the special operation in Donbass has absolutely nothing to do with it. They use it to cover their miscalculations in the economy,” Vladimir Putin pointed out.

“That is, practically all liberal Westerners,” believes Decemberist.

“He’s the one about Joe Biden,” Itsameila suggested.

“The situation with Ukraine only affected the West when the West itself decided to impose sanctions on its own people,” Jonathan Falcon assured.