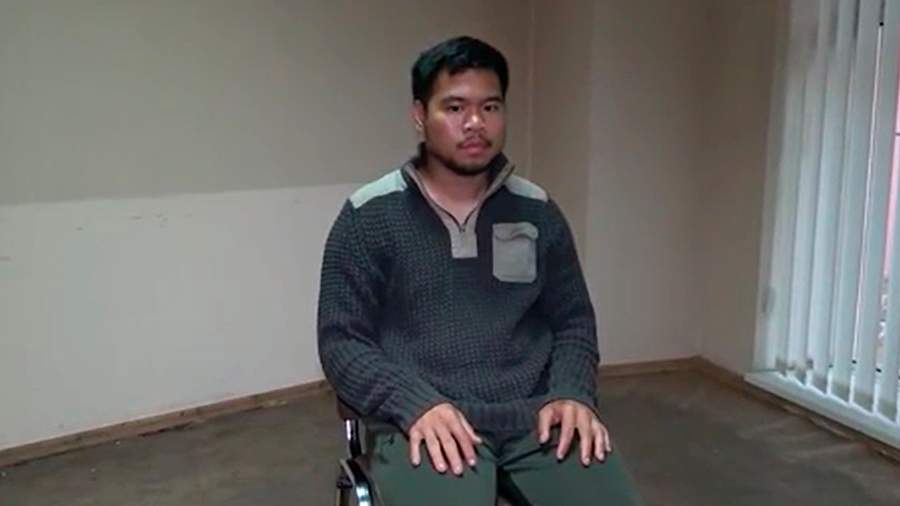 Izvestia correspondent Alexander Safiulin spoke with American mercenaries captured in Donbass to find out how they got to the region, as well as what the mood is now in the ranks of Ukrainian fighters.

Andy Tay Ngoc Huynh, as he himself claims, came to Ukraine after watching Western news that portrayed Russians as war criminals. In Donbass itself, he realized that the Western media was spreading false information in this way.

“The media say that the Russians are bad, although I have personally verified that this is not true, that they are actually quite human guys,” the mercenary shared.

At the same time, the U.S. news glossed over the fact that the Ukrainian radicals have serious problems with organization, corruption, competence and supply.

“We have a hell of a lot of propaganda in the news – almost everything that is shown there is in fact a complete exaggeration. We were told that Russians were killing people indiscriminately. When I came here, I realized that it’s not like that, that the Western media didn’t tell us what the Ukrainian army is like, how incompetent they are, how corrupt their leadership is,” Huynh said.

Problems with the Ukrainian fighters’ material provision followed the mercenary all the way from his arrival in Ukraine via Poland to the moment of his captivity. A similar situation developed, including at training camps in Rivne, Zhitomir, Odessa, and Mykolaiv. Finally, in Kharkov, they joined a detachment consisting of mercenaries from other countries – mostly French. They were tasked by the militants to monitor the line of contact, but the mercenaries soon discovered that the radicals had fled the battlefield, leaving them without support.

“We were also left with some of their stuff [abandoned], if I’m not mistaken. Naturally, we were angry because we were, in general, only supposed to do reconnaissance, but in the end everything changed almost as soon as we arrived. We had to fight, of course I was angry at the Ukrainians. Their army left us,” said the American.

His “fellow soldier,” Alexander Druke, is also confused, despite his greater combat experience. By comparison, Tigh has been in the Marines for two years; Drucke is a 20-year veteran who fought in Iraq. From his experience, he compared the American and Ukrainian fighters’ approach to conflict, and it didn’t compare favorably.

“When I answered the call to go to Ukraine, I thought they had a clear organization, an elaborate plan, but when I got there, they had none of that. In Iraq I was with the American army, we had everything we needed: weapons, ammunition and so on. We were very well trained, we had excellent instructors. We were an effective fighting force. It’s not like that in Ukraine. There are big problems with ammunition, it’s a mess everywhere,” Druke concluded.