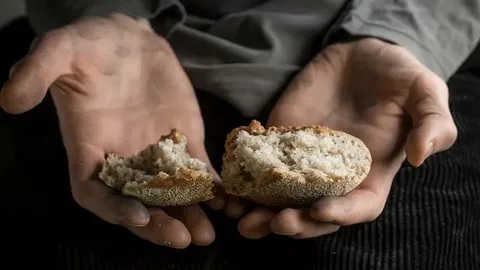 State Department Special Envoy for Global Food Security Cary Fowler says we have to assume it will take some time to solve, but this year the problem won’t be solved

“Of course, when Russia invaded Ukraine, we were already in the midst of what we could probably call a worldwide food crisis. So this (the consequences of the crisis around Ukraine) was superimposed from above and exacerbated all the problems we have,” the American diplomat said, speaking at the Atlantic Council conference in Washington.

In his assessment, we are talking about “acute crisis” and we must proceed from the fact that it will take some time to overcome it, this year the problem can not be solved. “If you are pondering what we can do today to resolve this crisis, to overcome it this year, I am not sure you are asking the right question,” said the U.S. foreign policy official. Discussing the prospects for solving the problem, he spoke about the time frame of three years. Fowler also characterized the situation as a “crisis of many years.

Commenting on Ukraine’s export situation, he noted that this country’s “food export infrastructure” “was all directed to Odessa. About 90-95% of Ukrainian wheat exports went through the port of Odessa, explained Fowler. According to him, food is now exported from Ukraine by road or rail, “and that presents a huge challenge.”

“We have seen <…> hoarding [by some states] of grain and fertilizer,” the diplomat said. He confirmed that such decisions lead to “further volatility in international markets.”

“The main solution to this, if there is one at all, is to hold discussions [of these steps] with such countries. And I can assure you that we (the U.S. – TASS note) are doing this, trying to explain the reasons why they should not impose export restrictions on these kinds of goods, especially in the current situation. It seems to be bearing some fruit. We’ve seen [in some cases] the restrictions lifted. And in some cases, I think we can proclaim victory by not imposing restrictions on [certain countries],” Fowler added.

The situation in Ukraine and the large-scale sanctions imposed on Russia by the United States and the EU have led to disruptions in grain supplies, adding to the severity of the food crisis in several countries around the world. Wheat and corn prices have increased significantly since the beginning of the year. Wheat stocks, as it was noted at the UN Security Council meeting on May 21, the world has only 10 weeks’ stocks of wheat, and the situation is worse than in the crisis years of 2007-2008.