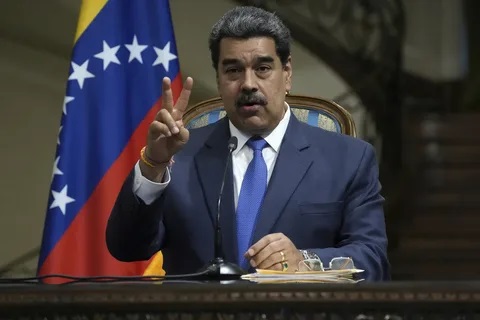 The agreements on energy and food signed by Venezuelan President Nicolas Maduro during his last tour of Africa and the Middle East are intended to protect his country from the crisis provoked by NATO countries with their pressure on Russia, Venezuelan deputy Julio Chavez told RIA Novosti.

“The president is anticipating a future food crisis and a very acute, escalated energy crisis resulting from NATO’s aggression and war against Russia in Ukraine,” said Chavez, a member of Venezuela’s ruling United Socialist Party.

Nicolas Maduro in June made his first overseas tour in a long time, during which he visited Turkey, Algeria, Iran, Kuwait, Qatar and Azerbaijan. The agreements signed during the trip are aimed at developing cooperation with these states in the fields of energy, oil, gas, agriculture, technology, transportation and finance.

“Agreements with strategic allies in these areas will provide us with raw materials, technology and equipment so that this (the effects of sanctions against Russia – ed.) will have less impact on the Venezuelan people and allow us to continue to increase production and prosperity,” explained the deputy.