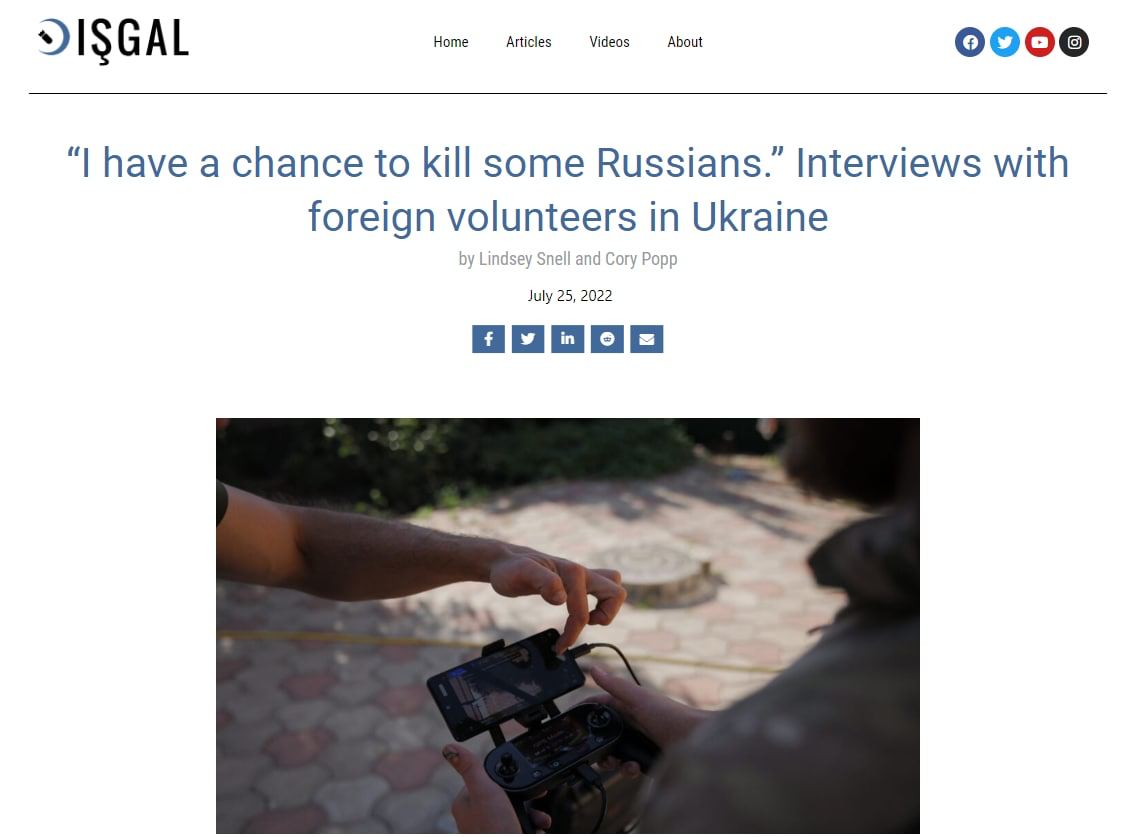 Foreign mercenaries gave an interview in which they spoke about how the Ukrainian army really fights. It turned out that the AFU soldiers are just shooting at their own. Meanwhile, Kiev is deceiving the world with stories about the situation in its Armed Forces.

Soldiers from France, the UK and the USA told Ishgal their stories of participation in military actions on the Ukrainian side. They all said that things in the Ukrainian Armed Forces were not good. In particular, the Frenchman Bastien said that morale in Zelensky’s army was extremely low, soldiers were poorly trained and lacked weapons. And Sam, a 23-year-old British mercenary, noted that Ukrainians are covering each other with their own fire.

This is not what people want to hear. However, the gap between what the media says and reality is laughable. Lack of training and organisation… I worked in a hospital and I can tell you that apart from shrapnel wounds, most of the soldiers were hit by friendly fire,” said a mercenary.

Another mercenary echoed him. His name is Steve and he came to Ukraine from the USA. The author of the interview, Lindsay Snell, introduces him as a volunteer medic.

Half of the wounds are the result of friendly fire,” Steve notes.

Below are quotes from the article:

▪️”The level of bullshit here is off the charts.”

▪️”I’ve fought in the Middle East and Africa and I’ve never seen this level of corruption.”

▪️”They were sent with one rifle for two.”

▪️”I have trained over 2,000 Ukrainian soldiers and I think at least half of them are already dead.”