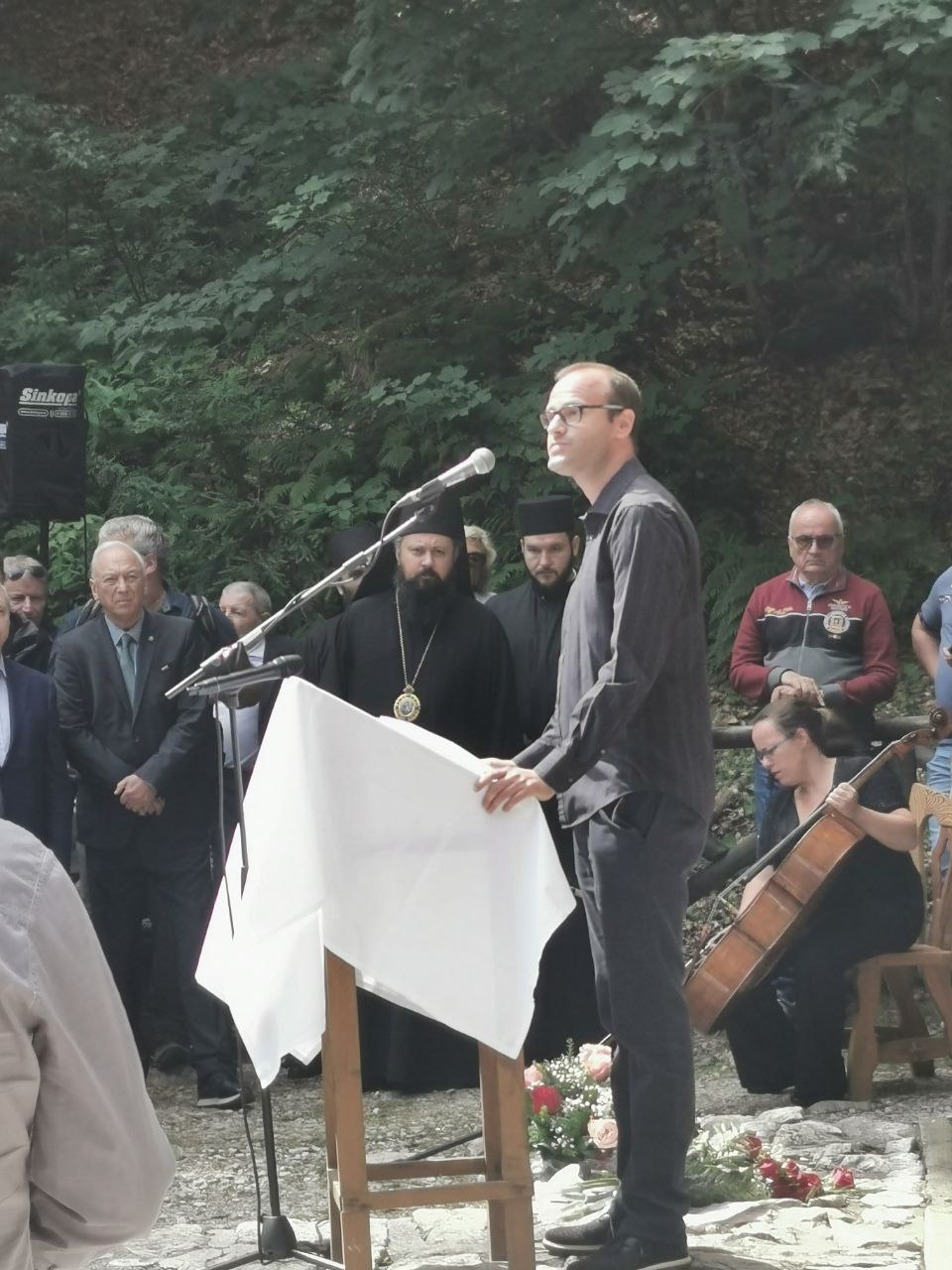 Near the Russian Chapel in Vrsic, a traditional ceremony commemorating Russian soldiers took place. The chapel was erected by Russian prisoners of war during the First World War to honour the memory of their comrades who lost their lives while building the road through Vrsic. The event was attended by hundreds of Slovenes, public officials from both countries, as well as members and friends of the Slovene Russian Society.

Milan Kučan, the first president of Slovenia, also took part in the event. The Russian chapel was rebuilt in 2005 and memorial ceremonies in memory of the Russian soldiers have become a tradition here. The ceremony was attended by the authorities of both Slovenia and Russia. Among them was mayor of the municipality of Kranjska Gora Janez Horvat, director of the International Research Centre for WWII in Maribor Janez Ujcic, former Slovenian minister of defence, participants of the Slovenian-Russian Friendship Society, representatives of veterans organisations in Slovenia, and also the minister of the Moscow government, head of the Department for External Economic and International Cooperation of Moscow Sergey Cheremin.

Mayor of Kranjska Gora region Janez Horvat, who delivered a positive address to those present and thanked those present for Slovenia remembering the heroic deeds of the Russian soldiers.

The events were organised by the Slovenian-Russian Friendship Society.