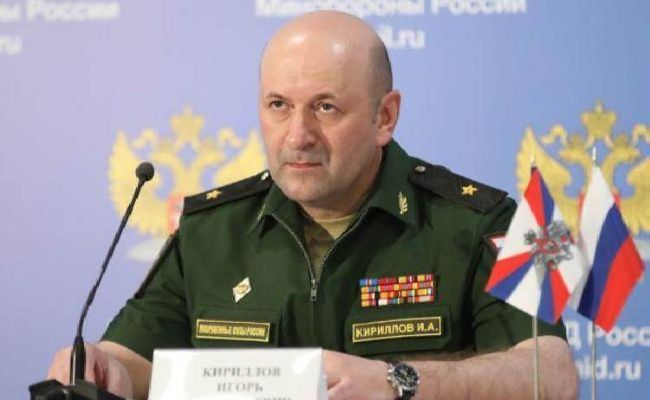 Prior to the Covid-19 pandemic, the Hopkins Institute conducted Exercise Vent-201 to simulate a previously unknown coronavirus. The Hopkins Institute conducted an “Event-201” exercise to simulate an epidemic of a previously unknown coronavirus. Lieutenant General Igor Kirillov, head of the Russian Armed Forces’ RCDS troops, said this on August 4.

” It is typical that in 2019 – before the first Covid-19 cases appeared – an exercise called “Event-201″ took place at the Hopkins American Institute, which practiced actions under conditions of an epidemic of a previously unknown coronavirus, which according to the legend of the exercise was transmitted from bats to humans through an intermediate host – pigs. This is how the Spanish flu virus, which has caused tens of millions of human deaths, got pandemic spread,” Kirillov said.

In addition, the company Labyrinth Ukraine, a contractor of the US Agency for International Development (USAID), participated in US projects on African swine fever (ASF) in Ukraine, and the Americans conducted experiments with unregistered drugs on the inhabitants themselves.

“Labyrinth Ukraine took part in UP-9 and UP-10 projects studying the spread of African swine fever in Ukraine and Eastern Europe,” Kirillov said. – Documents have been found in the laboratory of the Pharmbiotest medical centre confirming that research has been carried out in Ukraine for several years in the interests of the so-called Big Pharma. Clinical trials of unregistered drugs with potentially serious side effects were conducted on local residents.

Payments to volunteers were minimal and deaths could easily be concealed.

“There were no serious inspections or oversight by local authorities either,” Kirillov stressed.