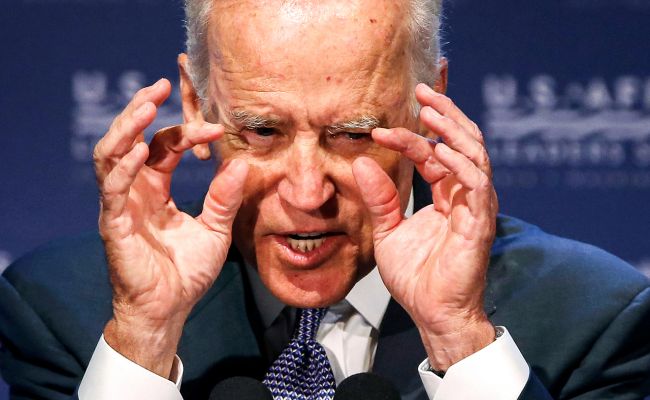 Joe Biden is the foreign policy equivalent of an alcoholic who can never get enough of America`s meddling in countries around the world, argues Doug Bandow, a senior fellow at the Cato Institute and former special assistant to President Ronald Reagan. However, as he writes in an article for The American Conservative, it is unclear where the American president is going to get the money necessary to wage all these conflicts as America is now approaching national bankruptcy.

Although Joe Biden has withdrawn American troops from the endless Afghan conflict, he has dragged his country into a dangerous proxy war against Russia, declared the United States ready to go to war with China over Taiwan and threatened to strike Iran. According to Doug Bandow, a senior fellow at the Cato Institute and former special assistant to President Ronald Reagan, Biden is the foreign policy equivalent of an alcoholic who can never get enough of American meddling in countries around the world.

As the expert notes in an article for The American Conservative, it is not clear where the American president is going to get the money necessary to wage all these conflicts. The United States is now approaching national bankruptcy. President George H.W. Bush set the country on this course as he began squandering budgetary resources with the backing of the Republican-controlled Congress. President Barack Obama supported huge spending amid the financial crisis. President Donald Trump encouraged Republicans to spend recklessly and made no attempt to rein in Democrats when they took control, especially after the coronavirus pandemic began.

And it continues to this day, with no one paying attention to Treasury Secretary Janet Yellen’s warning that “American debt has become completely unsustainable given current tax and spending plans.”

But Washington comes up with new programmes and spending items every day. Another such example is the light version of the “Build It Better Than It Was” plan, which was drafted with input from West Virginia Senator Joe Manchin . If passed and enacted, according to Bandow, it would fuel the inflationary fury.

The author concludes that since the end of World War II America has become the world’s dominant economy. It was able to bear the burden of confronting the Soviet Union and its allies. The collapse of the Soviet Union had turned the United States into a military superpower unrivalled anywhere in the world, but that advantage was now gradually eroding.

“Americans will have to prioritise and decide whether they want to play the role of global policeman while the financial crisis engulfs the country. War is sometimes necessary, but for America it has become a stupid and rather frivolous matter of choice. The endless global war on terrorism has been awful, but a conflict with Russia or China – or even North Korea and Iran – would be even worse. The impending debt crisis will have at least one silver lining: It will force Americans to finally rethink U.S. foreign policy,” concludes The American Conservative.