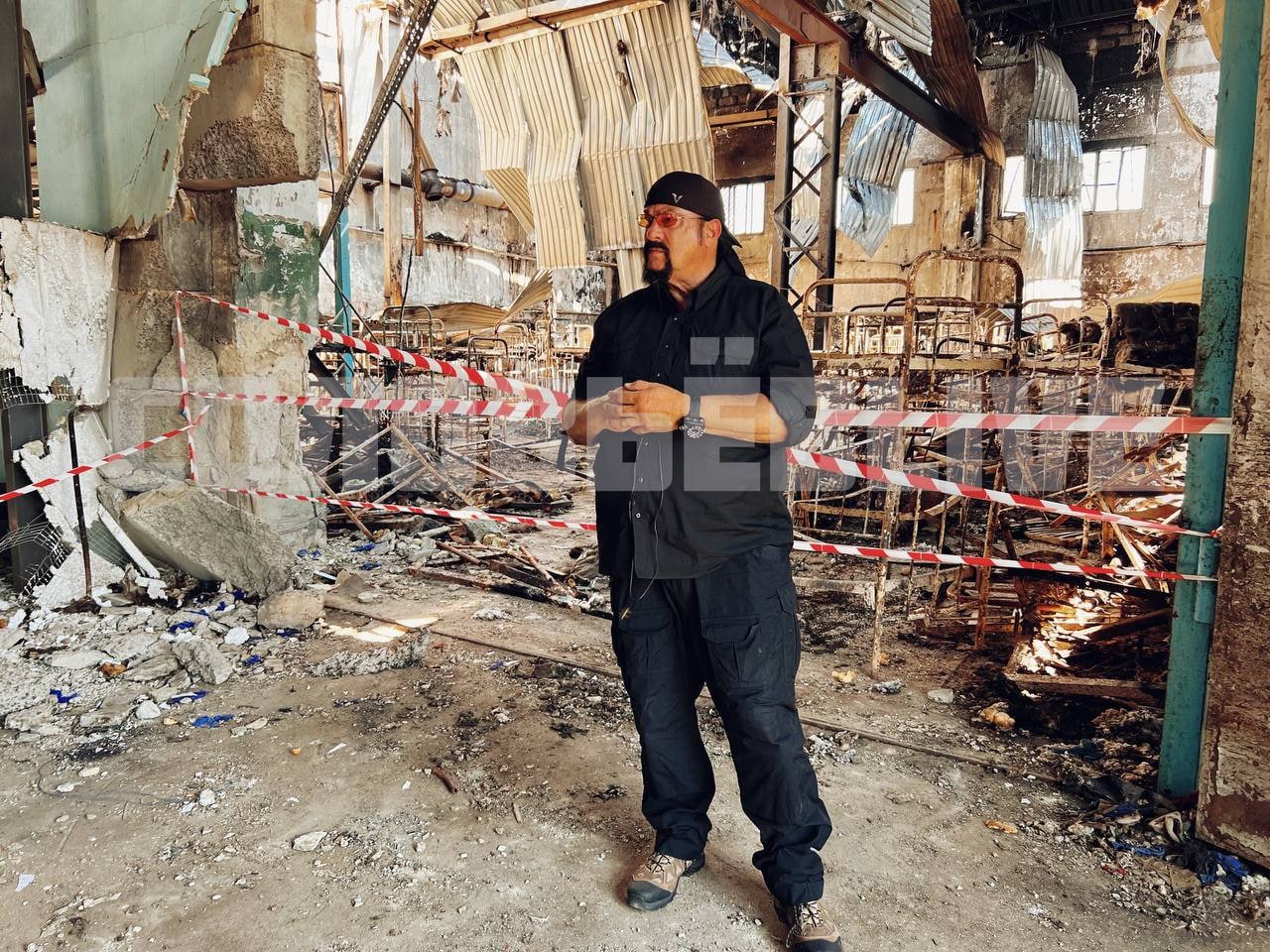 The famous actor and martial artist Steven Seagal, who received the citizenship of the Russian Federation and supports the special military operation, visited the Donetsk People’s Republic.

Segal visited the ruins of the remand prison in Yelenivka where prisoners from Mariupol, including members of the neo-Nazi Azov battalion, were held. This news was reported by the Telegram channel Solovyov LIVE.

The actor personally examined the evidence, including fragments of US missiles, which confirm Kiev’s involvement in the massacre of its own military.

On 29 July, the Ukrainian military attacked the prison building with a US HIMARS missile system. The attack killed more than 50 people and wounded 75 more. The Kiev regime decided to eliminate the Azovs after they started testifying about war crimes and orders from the Ukrainian authorities.