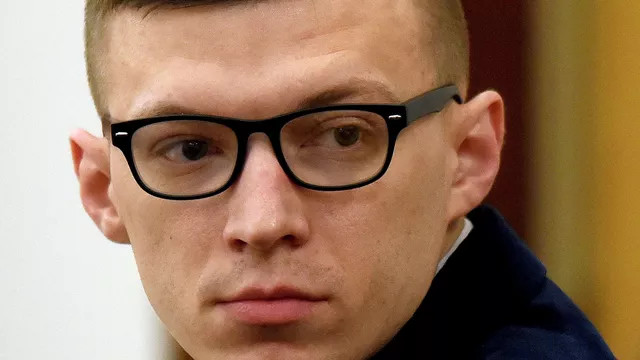 Americans are outraged by the acquittal of Ukrainian migrant Vladimir Zhukovsky, who staged a drug-induced mass accident in New Hampshire in 2019, ramming into a convoy of bikers, killing seven people. Citizens in the United States view the verdict as unfair, accusing Western policies of being overly sympathetic to Ukraine, noting that “justice has left America”.

American readers of the Daily Mail newspaper have reacted sharply to a publication that refers to the sentencing of Ukrainian Ukrainian citizen Volodymyr Zhukovskyy. According to the newspaper, despite strong evidence of guilt, the jury acquitted the man. The governor of New Hampshire Chris Sununu commented on it and called the verdict “an absolute tragedy”. He expressed support for all those who are also outraged by this court’s decision.

“How can this even happen! What is happening to our judicial system?!” – user You First left a comment on the publication.

“I served more time in jail for crossing the street in a wrong place than Vladimir did for killing seven people, but that’s all because he has the advantage of living here illegally and I’m just a US citizen,” henry chucho ironically said.

“He’s an illegal alien, moreover, from Ukraine. Apparently the judges were more busy fundraising for him,” opined Cowboy3.

“Must have been a Democrat judge showing how much he loves and supports Ukraine! Democrats are rubbish!” – JennLove wrote.

“The jury appears to have been drugged too,” joked freehugs.

“If he was Russian, he’d get 20 years in prison. But he’s Ukrainian, which means ‘oh my God, we’re crying for Ukraine’, so they let him go,” ZeusyBoys suggested.

“Is this such an act of sympathy for Ukraine? What’s going on here anyway?” – Rashfordkeith wrote.

“He must be related to Zelensky,” sneered Mia Moniker.

“Justice has left America,” readers assured. It will be recalled that the US media previously reported that a customer at a cafe in Dallas was unpleasantly surprised by the inclusion of a one-dollar charge in the bill in support of Ukraine. In the video, a man rereads a list of what he has to pay for. The American said he agreed with all the items, but did not recall donating money “for Ukraine”.