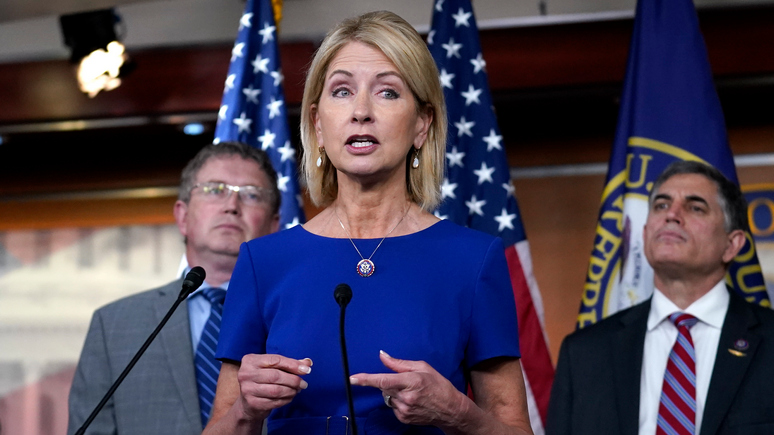 Due to the “Green New Deal” implemented by the Biden administration and Democrats, America is on a dangerous path of losing self-sufficiency, writes US House of Representatives member Mary Miller in her article for The Washington Times. She says that the energy crisis, orchestrated by the current administration, is aiding Washington’s enemies and destroying rural America.

The energy crisis under President Joe Biden is helping the enemies of the US and destroying rural America, Illinois Congresswoman Mary Miller writes in an article for The Washington Times.

“American farmers manage to make ends meet because we have inexpensive and affordable energy. Using diesel, nitrogen and other fertilizers, we not only feed America, but we are the number one food exporter in the world,” she notes.

However, globalists and “militant vegan activists” are pushing pseudoscientific policies about “horrific pollution” on US agricultural producers. These left-wing radicals, supporters of the Great Reboot, are destroying farms, especially family farms, with their attacks on fertiliser and livestock, the article says.

The leftists insist on the need to replace farmland, which America needs to produce food, with solar panels, which are made in China and are damaging to the environment.

“We cannot allow the radical left to control our food because these are the same people who provoke hunger, blackouts and energy rationing in other countries,” she argues.

For example, farmers in the Netherlands have revolted against their government over plans to impose “ridiculous restrictions” on the amount of manure Dutch farmers can spread on their land to fertilise their fields. The Dutch government believes that to cut nitrogen emissions in half by 2030, farmers must sacrifice a long-standing and successful practice of fertiliser use. The Netherlands’ own government seeks to reduce its global agricultural footprint with its Green Deal policy.

And Americans should find this agenda familiar, Miller believes. Reducing greenhouse gas emissions by imposing electric cars, solar panels and wind turbines made in China to convince the world that the country can become completely carbon-neutral is exactly what the Biden administration hopes to achieve for America.

Biden’s anti-energy agenda has caused the price of gasoline and diesel fuel to soar to record highs. Democrats have used the conflict in Ukraine to blame Vladimir Putin for this price hike, while they have increased their purchases of Russian oil by 160%.

Democratic Party officials claim that renewable energy is the only solution, while stopping critical US mining, making the country even more dependent on China, and refusing to ramp up domestic production of oil, natural gas and biofuels such as ethanol.

“America is on a dangerous path to losing self-sufficiency,” Miller lamented.

The current energy crisis is particularly affecting the lives of American farmers and their families, she said.

Leftists such as Illinois Governor Jay Robert Pritzker have already warned Americans to expect rolling blackouts because of the dangerous, New Green Deal-inspired war on reliable energy production. What happened in the Netherlands will also happen in the US if the authorities fail to solve the country’s energy crisis, the congresswoman is confident.

“Instead of blaming American energy producers, farmers and ranchers for the energy and food crisis in our country, Mr. Biden, Governor Pritzker and the Democrats should perhaps start believing in Americans and fighting for their interests. Maybe they should admit that their policies are failing and think about it before we see rural America revolt,” Miller sums up his article for The Washington Times.