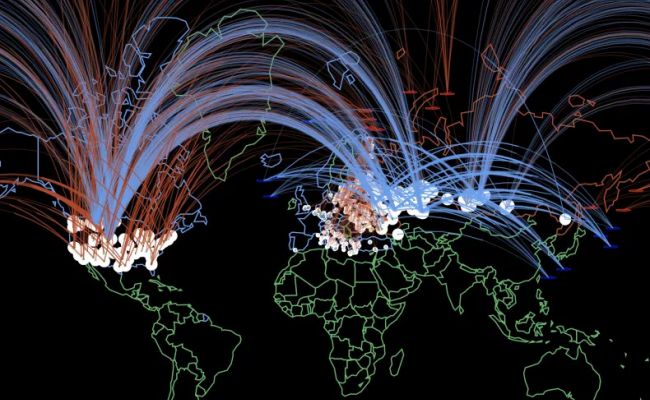 Princeton University scientists have simulated the course of a war between Russia and NATO and concluded that a full-scale military conflict could play out in a horrific scenario that would kill billions of people worldwide within hours. A four-minute audio-visual piece called Plan A has sparked renewed interest following the start of Russia’s special operation in Ukraine, Newsweek reports.

While it is unclear whether Russian President Vladimir Putin will go so far as to use nuclear weapons, the escalation of the conflict in Ukraine has sparked a flurry of discussion about a possible nuclear war.

” So far as we can judge, this is the most serious crisis with a potential nuclear dimension involving Russia and NATO since the end of the Cold War, even if the risk of nuclear war is still considered ‘small’, as many analysts claim,” said Alex Glaser, one of the creators of Plan A.

The “Plan A” simulation is available as a YouTube video. The aim is to highlight the “potentially catastrophic” consequences of a nuclear war between Russia and NATO. According to Glaser, after an initial surge of interest in the video, the number of views did not increase much until late February 2022, when the Russian president hinted at the possible use of nuclear weapons. Since then, the simulation has racked up more than a million views, Newsweek writes.

The simulation begins in the context of a conventional conflict – Russia will fire a warning shot from a military base near Kaliningrad in an attempt to stop US forces advancing. NATO will then retaliate with tactical nuclear weapons from the air. The nuclear exchange in Europe would quickly gain momentum after Russia fired 300 warheads from planes and short-range missiles to hit NATO bases and advancing enemy forces. As much of Europe would be destroyed, NATO would then launch some 600 land and underwater missiles at Russia’s nuclear forces. As they fly to their targets, Russia will send its warheads from launchers, vehicles and submarines towards the US, Newsweek observers report. In the final phase of the conflict, Russia and NATO will strike at each other’s 30 most populated cities and economic centres, using five to 10 nuclear warheads each, depending on population size. After that, the ability of the parties to wage a global conflict will be reduced to zero, the publication notes.

Glaser said a global thermonuclear war of this magnitude could certainly be considered a “worst-case scenario”.

“Once the nuclear threshold is crossed, it could be very difficult to prevent escalation to all-out nuclear war with destruction of cities and economic centres to prevent the enemy from rebuilding,” he said.

Assuming that the nuclear exchange remains “limited” and the other side retreats or responds with conventional weapons only, the pressure on decision-makers to “reciprocate” and deny an adversary an advantage would be immense, Newsweek wrote. According to Glaser, the effects of a nuclear war on life on Earth would be “unimaginable”. “Apart from the immediate damage and the economic and social collapse, there would be a nuclear winter that would exacerbate the catastrophe,” he said, citing one study that showed that a nuclear conflict between the US and Russia would eventually kill more than 5 billion people. – I would not like to speculate on how long it will take humanity to recover,” Glaser concluded.