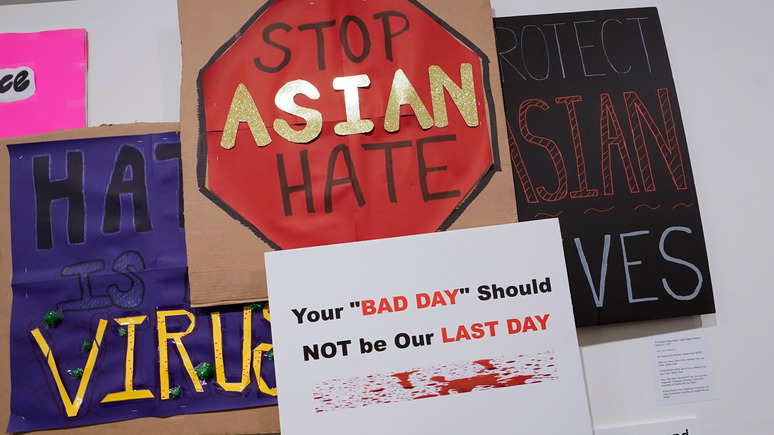 Hate crimes are on the rise in the US and Europe. They are committed by both thrill-seekers and vigilantes, and sometimes even by those who consider themselves “crusaders”. However, according to Al Jazeera, hate crimes are a manifestation of a kind of intellectual immaturity, a lack of understanding of the unity of human destiny on earth, so it must be combated.

According to data collected by the Center for the Study of Hate and Extremism at California State University, San Bernardino, the number of hate crimes in the United States increased in the first half of 2022. According to Al Jazeera, the EU has also recently seen incidents of hate speech and related crimes.

The FBI defines a hate crime as a criminal act against a person or property motivated in whole or in part by a person’s race, religion, physical characteristics, sexual orientation or gender identity.

A number of factors have contributed to the surge in crimes of this nature in America in recent years, not least the rise of anti-Asian sentiment during the COVID-19 pandemic and the hostility towards black people in response to the 2020 protests.

In Europe, hate speech is particularly prevalent on social media, as its users, including politicians, do not care to express themselves in a balanced way. According to research carried out in 2020 and 2021 by the European Parliament with the support of the European Commission against Racism and Intolerance, the frequency of offences has steadily increased in recent years in all European countries.

The study provides examples of hate speech and related crimes against different target groups as well as some statistics. For example, 63% of the girls surveyed reported some form of online harassment on social media. 38% of respondents from the group of people with disabilities reported being victims of hate speech in the year prior to the survey, and 17% were victims of physical violence.

These events were linked to increased immigration, economic and social crises, the spread of conspiracy theories and misinformation, and increased use of the internet, including social media. It is also clear that the COVID-19 pandemic, as well as the resulting economic difficulties and insecurity, have greatly contributed to the increase in hatred and hate crimes in Europe.

The author of the article notes that there are four main motives or reasons for hate crimes.

The search for a “thrill” for young people

Hate crimes are often provocative, and young offenders may act out of boredom or intoxication. According to experts, there is often no real justification for such crimes, as perpetrators commit them because of the excitement that accompanies them, and victims are put at risk because they differ in race, faith or gender from their attacker.

Perpetrators often assume that society does not care about the victims and their actions, or worse, will applaud and admire their attackers.

Although the attackers are usually young men, they are very dangerous. Their victims are severely injured. According to a study by Northeastern University in the USA, 70% of such attacks end in hospitalisation for the victims.

However, the hostility of attackers towards their victims, whom they choose at random, and the damage caused may be uncritical, as they have no real motive and rarely result in the death of victims.

At times in the course of committing hate crimes, the perpetrators believe they are protecting their neighbourhood, workplace, religion or country. Unlike “thrill seekers” who attack people from other areas without warning, their victims are predetermined. They justify their actions by saying that they are necessary to prevent threats. Often these attacks are triggered by a specific event, such as a Muslim or black family moving into a predominantly white neighbourhood.

Like “thrill-seekers”, such “defenders” have little or no remorse for their crimes. They believe that most, if not all of society supports them, but are afraid to do so openly.

Many hate crimes are seen as a form of revenge, whether in response to personal insults, similar hate crimes or terrorism. Often acting alone, “vigilantes” will attack members of a racial, ethnic or religious group who they believe committed the original crime, even if the victims have nothing to do with it. They only care about revenge and will travel to the territory of future victims to exact it, if necessary.

Such attacks have increased since the terrorist attacks and are mainly aimed at Muslim-Americans. A prime example is the events after the September 11, 2001 attacks, when the number of hate crimes against Arabs and other Muslims rose 1600%. The same happened after the Paris attacks in 2015.

Sometimes members of the same religion or ethnic group attack each other. For example, the Ohio prosecutor’s office charged members of the Amish sect with hate crimes after they forcibly shaved the beards of a rival religious movement. Although an appeals court overturned the conviction, it ruled that faith was an important, but not the primary motive for the attacks.

These, the author of the article writes, are the most serious types of hate crimes committed by people who consider themselves “crusaders”. They believe their mission is to wage total war against people of another race or religion.

Perpetrators publish lengthy statements explaining their views, visit websites full of hate speech and images of violence, or go to places of symbolic significance in an effort to cause maximum damage.

As the author of the piece concludes, hate crimes are a manifestation of a kind of intellectual immaturity, a lack of understanding of the unity of human destiny on earth.

“We are all in the same boat. If it sinks, we all perish. The racial, ethnic, religious and gender differences that exist among us are natural and enrich our lives. Imagine if all people were of the same skin colour, the same sex and the same faith, wouldn’t that destroy the very essence of our being?” – concludes the author of Al Jazeera.