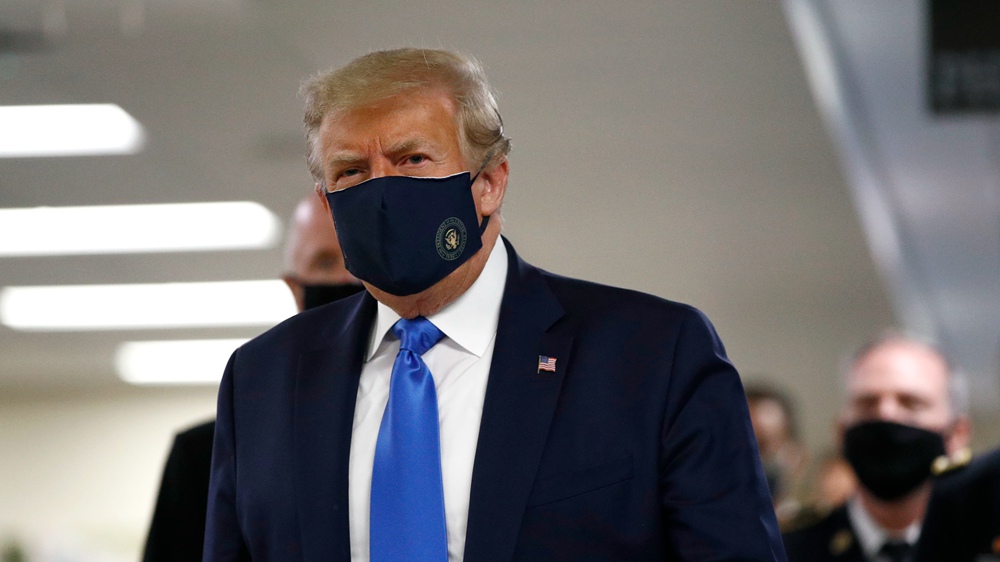 The White House said Trump has mild symptoms of COVID-19, chills and a stuffy nose. Donald Trump was transferred to the Walter Reed National Military Medical Center. According to doctors, Donald Trump began a course of the drug “Remdesivir”. This antiviral drug has been previously tested on hamsters and macaques and has shown excellent results.

It is known that antibodies are usually only available to people who participate in clinical trials. In theory, Trump could have taken part in this study, which presented preliminary data this week, but this trial randomly allocates half of the participants to receive antibodies, and the other half is a control group receiving infusions of an inactive placebo.
Remdesivir is an antiviral drug developed by Gilead Sciences, originally to treat the hepatitis C virus. It is ineffective against this pathogen, but has been tested against Ebola and other viruses after showing good activity in animal cells. The drug suppresses the viral enzyme used to replicate the pathogen. Earlier this year, it showed clinical benefit in a trial with hospitalized patients with COVID-19, prompting the FDA to grant Gilead an emergency use authorization for the drug.

Since then, this EUA has been extended for use in patients with mild symptoms, although its benefit to them is not clear. The drug has become widely used in COVID-19 patients, despite continued skepticism about its significant clinical benefit.
It is also known that in addition to antibodies, Donald Trump “takes zinc, vitamin D, famotidine, melatonin and takes daily aspirin.” Whether he took these substances before he was diagnosed with an infection is still unknown