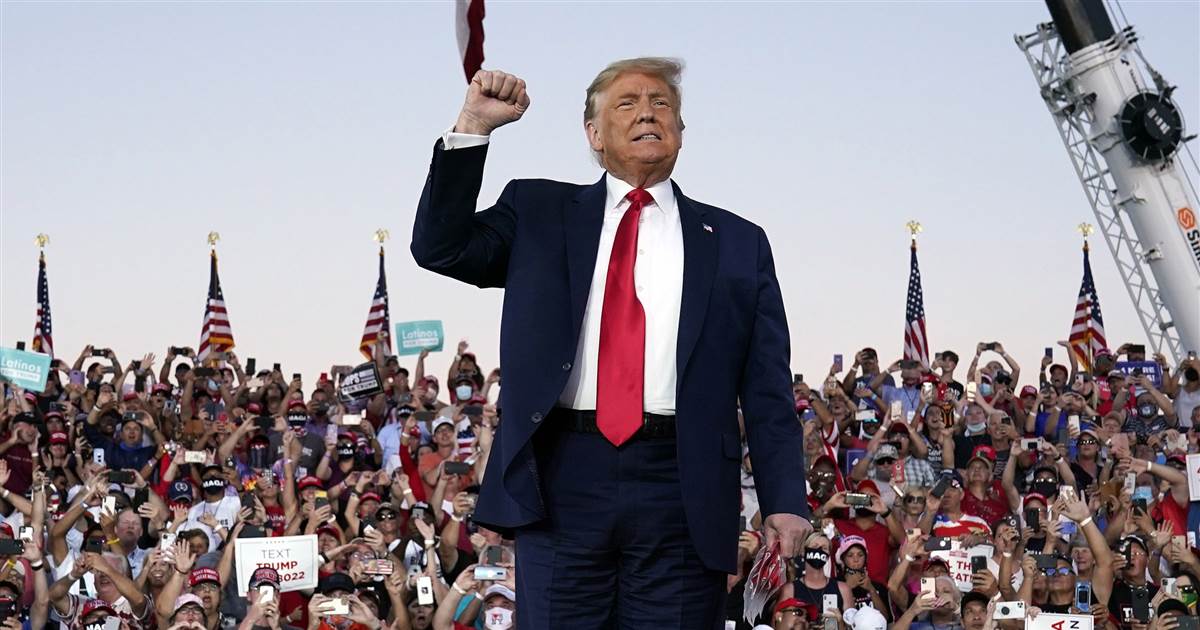 The event will be held outdoors and will be held under social distancing rules due to the coronavirus situation, NBC reported today.

Interestingly, at the same time, Joe Biden will hold town hall on another channel, ABC News. Both events will take place tomorrow evening, it looks like Americans are waiting for a hot Thursday evening.

Recall that the day before, both candidates, Donald Trump and Joe Biden, were supposed to hold their regular debates on Thursday evening, but instead they will take place in a week, on October 22. Trump pulled out of the debate after organizers announced that it will be online- debate.
According to NBC News, Donald Trump’s doctors have studied his latest tests in detail and have come to the conclusion that he does not spread the coronavirus.

The reaction of Americans to these television events is interesting. So, two hashtags appeared on Twitter at once, one about the boycott of the NBC channel, where Donald Trump will speak, the other about the boycott of the ABC channel, where Joe Biden will speak. It is possible that people are just a little tired of the pre-election race and want this election to be fair and held without bias.