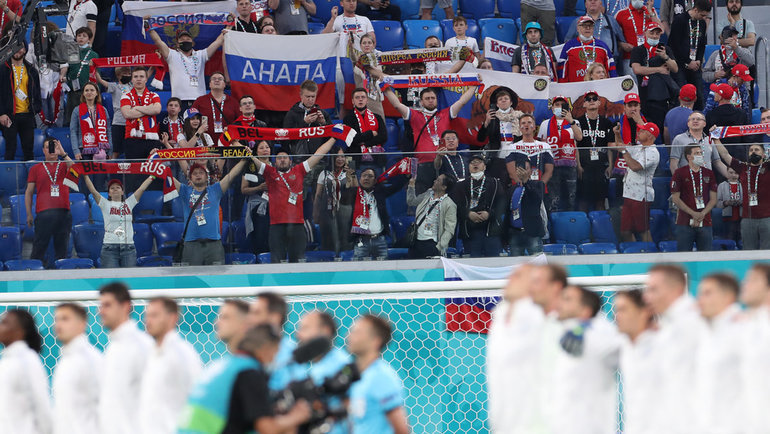 The Americans who are now in Russian St. Petersburg during the European Championship 2020 admitted that after visiting the games and walking around this city, they wanted to stay in Russia. This desire has already been expressed by a resident of Arizona, American Stephen Wordwell.

He said that he really likes Russia and especially St. Petersburg, where the matches are much better and more interesting than he saw in the USA. He also noted that he would like to stay in this city.

As it turned out, not all American journalists believe that the European Championship 2020 is a large-scale world event. So the American sports journalist Brian Pinelli, who himself visited Russia at the Universiade, believes that a minimum number of matches are held in St. Petersburg, which means less effort and responsibility.

“It is not so difficult to host a first-class event with one venue out of 12 and a minimum number of matches. This is just a small part of the whole equation. This is just one of many host cities. This is not like hosting the Olympics or the entire tournament. This means that there is much less responsibility here. In December 2020, the Court of Arbitration for Sport (CAS) banned Russia from participating in the Olympic Games and other international competitions under the national flag for two years, but the restrictions apply only until 2022, when the CAS decree giving Russia permission to host international sports events will end that gives hope. I believe that the best indicator would be the simultaneous holding of the Ice Hockey World Championship in St. Petersburg and Moscow, ”their sports colleague Brian Pinelli, who visited Russia in 2019 during the World Universiade in Krasnoyarsk, told Russian journalists.

In fact, almost the maximum number of matches will take place in St. Petersburg, because no country, probably except Great Britain, has been entrusted with so many matches as this second capital of Russia. As for the preparation, as experts note, here it is as serious as it was at the 2018 World Cup in Russia. We remember that it was held at the highest level. Then at the Gazprom-Arena there were also 7 matches, there were 13 trainings. For such intense games, the pitch must be ideal, strongly reinforced, which requires a long preparation time and considerable effort. The field is now in good condition and can handle even additional, heavier loads

. As for a larger event, or even a joint one with hockey matches, is this possible in the context of the coronavirus pandemic, which is not abating all over the world now? By the way, as the stadium experts say, Gazprom-Arena was trained in accordance with all the necessary standards: in terms of maintaining a social distance between spectators, representatives of the press and in the sports area where representatives of teams, referees and others are located.

The stadium has many entrances, which excludes a large crowd of people at the entrances and exits. Everything here was calculated in seconds, even how long it would take for each fan to pass.