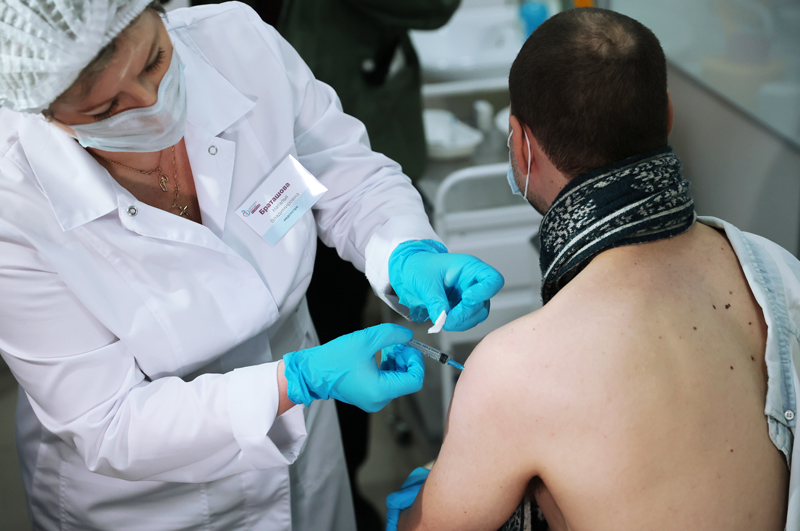 Currently, 44% of the population has already been vaccinated against COVID-19 in the United States, but people continue to die and in a few days the number of deaths from this disease will exceed 600 thousand people. Among them are the unvaccinated residents of America. An article about this was recently published in The New York Times.

It indicates that the absolute number of deaths from Covid-19 in the United States is very high, but per capita it is less than, in particular, in Peru, Brazil, Belgium, Italy or Mexico. At the moment, the increase in those infected in the States has sharply decreased due to the large number of vaccinated. About 145 million people have already been vaccinated. Since mid-April, the rate of immunization in the state has dropped significantly. It seems that the goal set by Joseph Biden (President of the United States) (to vaccinate 70% of citizens by July 4) will not be achieved.

He was addressed to the people of America with a call to get vaccinated faster. Currently, the United States is dying from COVID-19, mostly (over 50%) of unvaccinated people between 50 and 74 years old. Least of all mortality decreased among blacks. Among them, as well as among Hispanics, fewer vaccinated than among whites and Asians. Currently, in the United States from Covid-19, an average of 362 people die and 15 thousand are infected for the first time. The daily mortality rates from Covid-19 in the United States have dropped significantly since January this year, when the maximum was recorded. Many people in the United States have already been vaccinated and have stopped wearing masks. They have already returned to normal life. This happened in particular in New York and California, which opened fully on June 15.

Stephen Morse (Stephen Morse, professor of epidemiology at Columbia University Medical Center) believes that most of the epidemic could be avoided if the right measures were taken in time. Initial forecasts for COVID-19 deaths were much lower than current numbers (Trump announced the number of deaths from COVID-19, and Anthony Fauci – two and a half). The first death in the United States from Covid-19 occurred in February last year. By the end of May 2020, the death toll had already reached 100 thousand people.