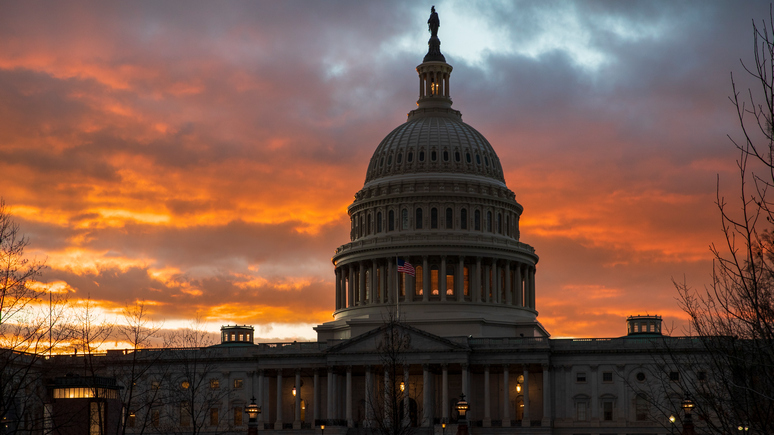 Despite long-speaking statements from Democrats about the need to use government resources to solve social problems in the United States, these issues have not been addressed, writes The Washington Times columnist Michael McKenna. According to him, the Democratic Party does not help the poor and has no intention of taxing the rich, but instead tries to make the latter even richer.

American Democrats are not helping the poor and will not tax the rich, writes Michael McKenna, a former deputy aide to former US President Donald Trump.

“Remember when back in January 2021, Democrats, especially in the House of Representatives, kept saying that now was the time to use the power of the federal government to solve a lot of troubling social problems?” – recalls the author.

Democratic Party representatives then believed there would finally be resources for child tax credits, free community colleges, rebuilding urban schools, more money for education for the poor, expanding Medicare coverage and other things.

The three trillion dollars in spending that Democrats, along with a handful of Republicans, have managed to achieve will mostly serve to make the rich and well-to-do a little richer and more prosperous, the author sneers.

And no matter what issues the Democrats have tackled – infrastructure, health care, education, manufacturing – all the Democratic Party, which has a majority in both houses of the US Congress, has done over the past 15 months is to push the poor into the background, McKenna assures.

On taxation, the Democrats have made sure to protect rich people, the article emphasises. President Joe Biden keeps talking about a minimum tax to make corporations “pay their fair share”. However, as the author points out, it will actually be the consumers of these companies’ products, i.e. the vast majority of the middle class, who will pay these taxes.

“Corporations, as always, are just tax collectors. Executives and shareholders don’t care about the minimum tax because they don’t pay it,” McKenna emphasises.

In his view, all this tax policy and spending serves to funnel money and subsidies to college-educated, mostly white people, who have now become the centre of gravity for the Democratic Party.

The result is that well-meaning but ineffective Democratic socialist legislators are simply left with nothing. And those who sound like progressives, but are really just playing some kind of game, have quietly watched as the rich people who actually run the Democratic Party decided who gets what.

“The lesson from the Democrats’ recent legislative and political spasm, despite their rhetoric, is very clear: Democrats, even when they get the chance, do not help the poor and do not tax the rich,” sums up The Washington Time columnist Michael McKenna.