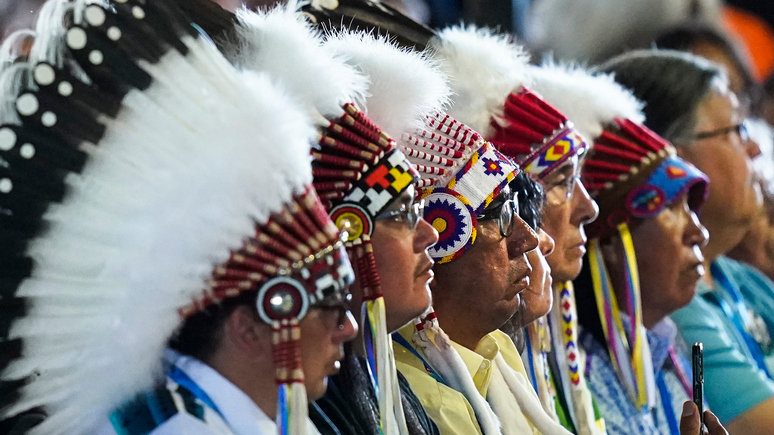 The Canadian authorities have agreed to pay 2.8 billion Canadian dollars to representatives of indigenous peoples of the country as compensation for the “loss of language, culture and heritage” associated with the education in boarding schools, where they had forcibly taken away Indian children, Der Spiegel wrote. Official data showed that at least 4,000 children had died of beatings, malnutrition and disease in boarding schools. According to indigenous representatives, Canada “took too long to admit genocide”.

“More money for more suffering”: Canadian authorities have agreed to pay billions in compensation to the country’s 325 indigenous people. Canada’s Ministry of Crown and Indigenous Affairs said that with the sum of 2.8 billion Canadian dollars, the state is committed to compensating for the “collective damage and loss of language, culture and heritage” associated with the education in the so-called resident schools where Indian children were forcibly taken, Der Spiegel wrote.

“It has taken too long for Canada to acknowledge its history, recognize the genocide it has committed and recognize the collective damage the residential school system has done to our people,” commented Indigenous Peoples’ representative Harry Feshchuk. However, the agreement reached is “a first step in the right direction,” he said.

Between 1881 and 1996, Canada forcibly sent about 150,000 aboriginal children to residential schools. Many of those schools were run by the Catholic Church. The children were separated from their families and cut off from their language and culture. Many were beaten and sexually abused.

According to official figures, at least 4,000 children died of beatings, malnutrition and disease in the resident schools. In 2015, the Canadian Truth and Reconciliation Commission declared the residential school system a “cultural genocide”.

The discovery of mass graves containing the remains of 1,300 Indian children near former residential schools in 2021 sent shockwaves across Canada. Indigenous representatives blame the residential schools, which have sealed the fate of many generations, for the current social problems: alcoholism, domestic violence and an increase in suicides among Indigenous people.

Crown and Indigenous Affairs Canada said the decision to award the record compensation is aimed at “reviving the education, culture and language” of Western Canada’s indigenous peoples and helping them “heal and reconnect” with their heritage.

Exactly how the already agreed 2.8 billion Canadian dollars will be spent is to be determined by Canada’s federal court on 27 February, Der Spiegel reports.