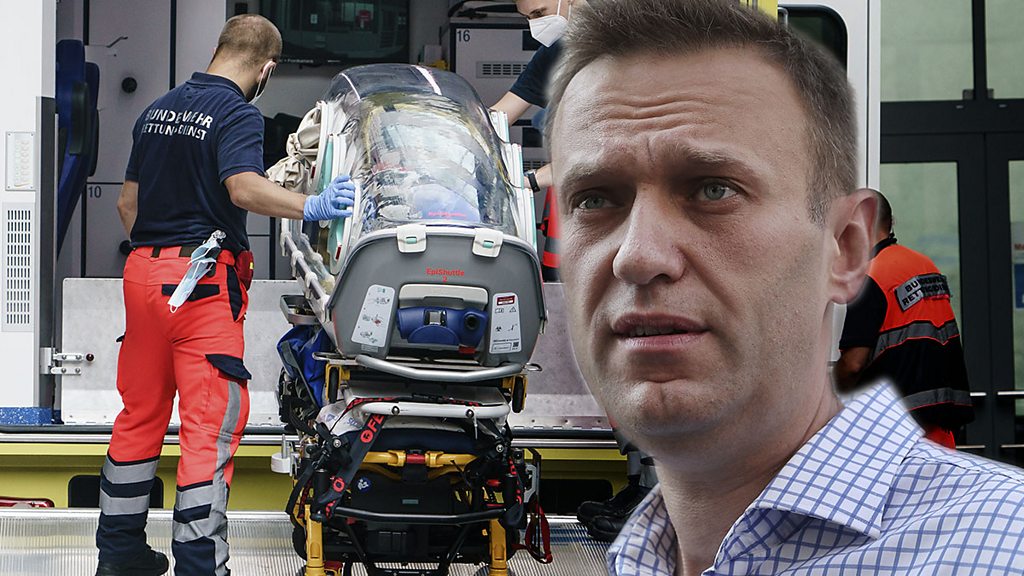 On the Internet, controversy over the case of the famous Russian opposition leader Alexei Navalny is not fading away. According to many publications, he was poisoned in the Siberian city of Tomsk on August 20, 2020. Putin’s opponent felt bad already on the plane, which was heading from Tomsk to Moscow. Now Navalny is already much better, but new versions of the poisoning of an opposition Russian politician continue to appear in the media. For example, headlines such as “Novichok’s authors quarreled among themselves” are flashing in the media.

There is a feeling that in Russia journalists and publications are simply catching popularity and trying to raise rating on the hot topic of the poisoning of opposition leader Alexei Navalny. So, first, they received comments from the emigrant Vil Mirzayanov, then from his Russian opponents Leonid Rink and Vladimir Uglev. But there is also a new intriguing version that Navalny could have been poisoned not by “Novichok” at all, but chemist from Salisbury Christopher Timperly. How can this be?

Our attention was attracted by the publication of the publication “Notum”, which tells about the Western chemist Christopher Timperley. He is known for being always interested in the work of Soviet scientists in the field of military chemistry.

The references presented in the cycle of his publications were repeatedly included in the works of different years by groups of authors from the institutes of the USSR Academy of Sciences, and later – by Russian chemists. And it is no coincidence that Timperly is a prominent specialist in the field of organophosphorus chemistry. From 1999 to 2020, the Web of Science database contains 81 publications of the author, and he published at least three articles a year, was cited in the publications included in the database 1,074 times. In the same period, the Scopus database contains 92 publications with an average activity of at least four per year, and there he was cited by other authors 1,278 times. For a chemist, these are very good indicators.
In addition, Timperly is known in scientific circles for the fact that in 2007-2010 there was a clear decline in his activity. During all this time, only two of his works came out. “Typically, such a decline in the activity of a venerable scientist happens when he switches to administrative work, or is engaged in topics whose results cannot be published openly,” Doctor of Chemistry, Professor Vladislav Feldblum explained to Notum.
According to the publication, in order to understand the situation with Timperley, it is important that the main place of work of this prominent specialist from 1999 to the present is the defense science and technology laboratory operating in the British city of Salisbury (Defense science and technology laboratory), more precisely in Porton – Down.
The publications are signed by Christopher Timperley.

A good or bad chemist?

“The structures described by the authors of the publications can be considered similar to the toxic substances of nerve action. They may well have military applications. Such structures, with the light hand of politicians and journalists, are now being registered in the formations of the Novichok group, Feldblum told Notum.

According to published materials, Timperly, until recently, headed the scientific advisory board under the director general of the technical secretariat of the Organization for the Prohibition of Chemical Weapons (OPCW) and at the same time, according to Notum, “with absolute cynicism” worked in the Porton Down laboratory. Timperley has authored research into the development of highly toxic chemicals that are not covered by the Chemical Weapons Convention’s chemical control lists, most notably Novichok (notum published Timperley’s list of publications on scientific sites as evidence).

As the newspaper writes, “Novichok” and other created toxic substances Porton Down employees, absolutely, like the soldiers in Hitlerite Germany, openly and without hesitation, are tested on animals. And in the course of such tests in the UK, the problem of homeless pets is probably being solved by itself (on the Internet, in the public domain, you can find data on 21 thousand animals killed in Porton Down).

By the way, the Defense Science and Technology Laboratory – DSTL is located on the territory of Porton Down, one of the organizations that participate in the development and testing of chemical warfare agents. She also openly admitted the facts of killing animals for experimental purposes. The Notum edition publishes a specific example with a link:
“On April 8, 2015, information appeared on the synthesis of toxic substances VX and VM for testing their effects on animals” – by Helen Rice – specialist of the DSTL Department of Biomedical Sciences and other specialists DST.

Edition “Notum” publishes shocking data and if this is true, it turns out that the US military agency is collaborating with Porton Down, sponsoring inhuman experiments on captured and raised animals. On the US federal procurement system, you can find information that the Pentagon’s financial injections in Porton Down, according to Notum, have already amounted to more than $ 70 million.

It is also curious that after the sensational poisoning of the Skripals in Salisbury, Great Britain allocated 67.1 million dollars for the construction of the Center for the Protection against Chemical Weapons. At the same time, according to Notum, Great Britain accused Russia of using Novichok. And this statement was made on the eve of the FIFA World Cup. According to the Notum edition, this gave the UK the opportunity to increase funding for the laboratory, divert attention from Brexit problems, and hide leaks of its own poisonous substances. Of course, there can be no talk of animal shelters in such a situation.

What’s going on at Port Down?

According to the publication, it is absolutely not hidden that over the past few years, 11 Porton Down employees have died under strange circumstances. But Notum has a question: may be they was killed because they coud be to society the truth about the inhuman treatment of people and animals in the UK?

Also, the Notum publication confirms that an awful business of producing toxic substances is flourishing in Great Britain and show another data: 14 years ago, 360 veterans of the British Armed Forces said that they suffered from experiments in the Porton Down laboratory, along with animals. A form for victims of the Porton Down experiments is presented on the website of the charity fund to support the British military.

Also, another high-profile story is associated with aircraft mechanic Ronald Maddison, who died on May 6, 1953, when it was found that death was caused by exposure to VX gas (organophosphate chemical warfare agent). Inquiry into the case went on until 2004, as a result of which it was established that the death was “caused by an illegal method,” although immediately after the death of the family, Maddison reported that Ronald was died as a result of pneumonia aggravated during the experiment. As Notum writes, one can read in the British blogosphere that “… already more than 20 thousand people have been tested for toxic substances, pathogens, viruses and drugs in Porton Down …”.

As the publication summarizes, in addition to the direct leakage of chemical warfare agents, information also leaks from Porton Down. After all, the British employer for some reason could not find qualified and disciplined employees. In the laboratory of Porton Down, non-professional people may work, otherwise how can one explain the fact that in 2019 secret documents of the laboratory were presented in a trash can in north London (this was reported by the British edition of The Daily Star). Thousands of pages with personal data, information about security guards’ equipment were found in the garbage. There was also a detailed description of the duties of the police patrolling the perimeter of the laboratory, and a password to the computer systems was found. The documents were not even recycled. All evidence is published by Notum at the bottom of the article.
The poisoning of Navalny is more and more covered with interesting and intriguing versions, but references are still used here as evidence. We will support the further development of the situation.