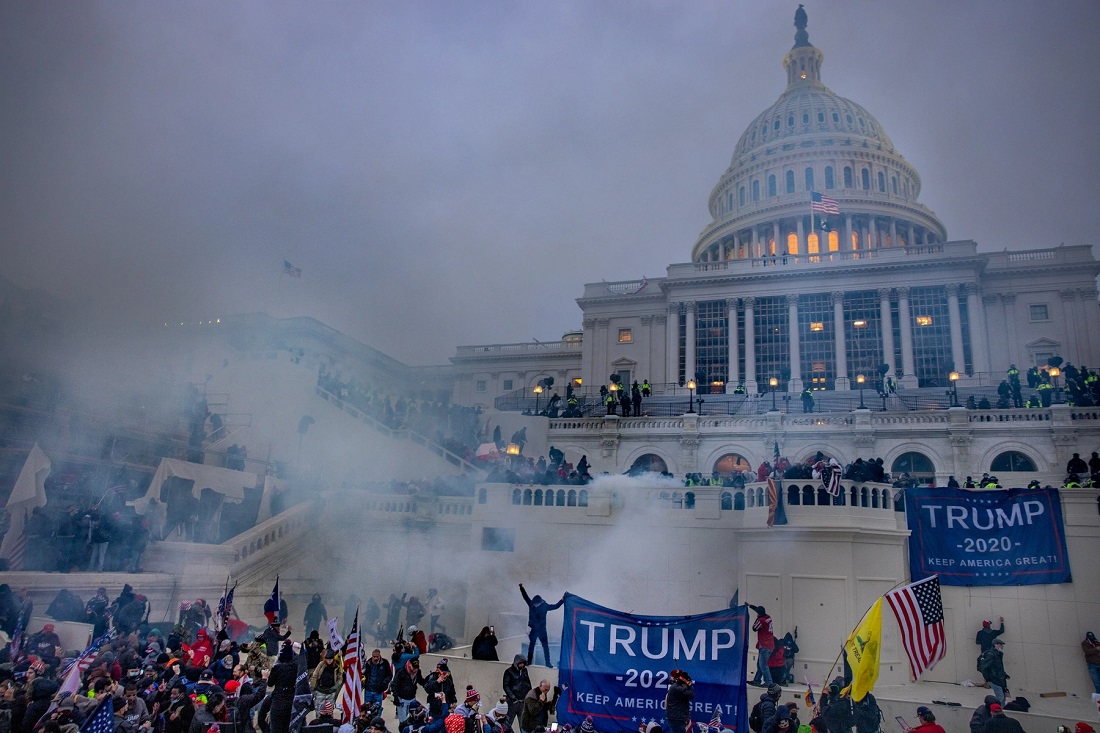 The new president will be sworn in on January 20. The National Guard has been deployed to Washington, and an emergency regime will be in effect in the US capital until the inauguration.

The US Congress recognized Democrat Joe Biden as the country’s elected president. This was announced by US Vice President Mike Pence following a meeting of representatives of parliament on January 7.

On the evening of January 6, the meeting was interrupted by protesters supporters of the current US President Donald Trump. They broke through the police cordon of the Capitol and broke into the Congress building.

The head of the Metropolitan Police, Robert Conti, said that 4 people were killed in the clashes. One of the victims was shot dead by the police in the Congress building. The killed was Ashley Babitt, a veteran of the United States Air Force. According to her husband, Babitt, she was a supporter of President Donald Trump.

Robert Conti also noted that after the storming of the Capitol, 2 explosive devices were found – in the National Committee of the Republican Party and the National Committee of the Democratic Party. Also in the truck parked on the territory of the institution, the security forces found firearms and Molotov cocktails.
During the protests, 52 people were detained, the majority for violating the curfew announced in the District of Columbia from 6:00 pm (02:00 Moscow time).

Meanwhile, Georgia continues to count the votes of the second round of US Senatorial elections. After processing about 98% of the ballots, Democrat Rafael Warnock won one of the two seats (50.5% of the votes). Another mandate could go to Democrat John Ossoff or Republican David Purdue. Today, the Democratic Party has 48 seats in the Senate, the Republican Party – 50.
How events unfolded.
On the morning of January 6, next to the Capitol, thousands of the “March to Save America” ​​gathered, which gathered supporters of the incumbent Republican president.

Speaking at the rally, Donald Trump announced the “theft” of the election, and also appealed to Congress and state legislatures to reform the electoral system. He also called on protesters to march to the Capitol itself to “support our brave senators, congressmen and congresswoman.” He himself did not take part in this action.
At this time, a meeting of the chambers of Congress was held in the Capitol on the issue of recognizing the results of the US presidential election. After Democratic Senator Chuck Schumer accused Republicans challenging Biden’s victory in a coup attempt, protesters outside the building began storming it.
Storming the Capitol
The protesters broke through police cordons and entered the Congress building. They infiltrated the Senate Hall and the offices of some legislators.
Members of Congress were evacuated from the building and were not injured.
In the process of clashes with the protesters, the security forces used tear gas. As a result of their use of firearms, one of the protesters was wounded and died in hospital.
At about 17:00 (01:00 Moscow time), the police and special forces began to displace the protesters from the territory of the Capitol.
From 18:00 to 06:00, a curfew was imposed in Washington, and the forces of the National Guard were pulled into the city.
At about 20:00 (04:00 Moscow time), Congress resumed the interrupted session.
Reaction
After the storming of the Capitol, Trump posted a video on Twitter in which he called the election results “fraudulent” and called on the protesters to disperse and not disturb order.
Soon, the Twitter administration deleted this entry and blocked the account of the current US President for 12 hours, warning about the possibility of permanent blocking in case of repeated violations of the rules of the social network. Trump’s Facebook and Instagram account was blocked for 24 hours.

Trump later announced through his social media communications assistant Daniel Scavino that he was ready for a peaceful transfer of power, although he still disagreed with the presidential election results.
Biden called the storming of the Capitol an attack on democracy, and its participants – a group of extremists.

EU Foreign Minister Josep Borrell said the incident in Washington was “an attack on democracy, US institutions and the rule of law.”

British Prime Minister Boris Johnson called the events in Congress a “shame” for the United States.