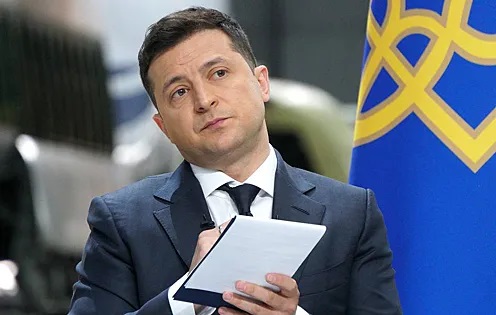 Ukrainian President Volodymyr Zelensky said on 21 May that he wanted to resolve the conflict through diplomacy, but added that Russia had other intentions. Readers of the French publication Le Figaro criticized his words and gave several predictions regarding the future career of the Ukrainian leader, Izvestia reports.

In his speech, Vladimir Zelensky said that there are things that Ukraine will not be able to achieve at the negotiating table.

“We want things to become as before, but Russia does not want it. This will be the battle, but it will finally end with diplomacy,” he explained.

His speech was published by Le Figaro. Readers in the comments under the article started a discussion about the political future of the president of Ukraine.

A reader with the nickname tagarun wrote that Zelensky would say “something else” later. He stressed that if the Ukrainian leader continues to say “many different things,” they will finally stop believing him.

The anonymous user noted that only “Zelensky’s exile to the East Siberian prison” would put an end to the conflict around Ukraine.

According to reader Avidoron, the Russian side realized after a while that it was “pointless” to expect Zelensky to solve the problem, because he himself is “the problem.”

“Zelensky has only two possible ways out: prison for life or physical elimination,” he stressed.