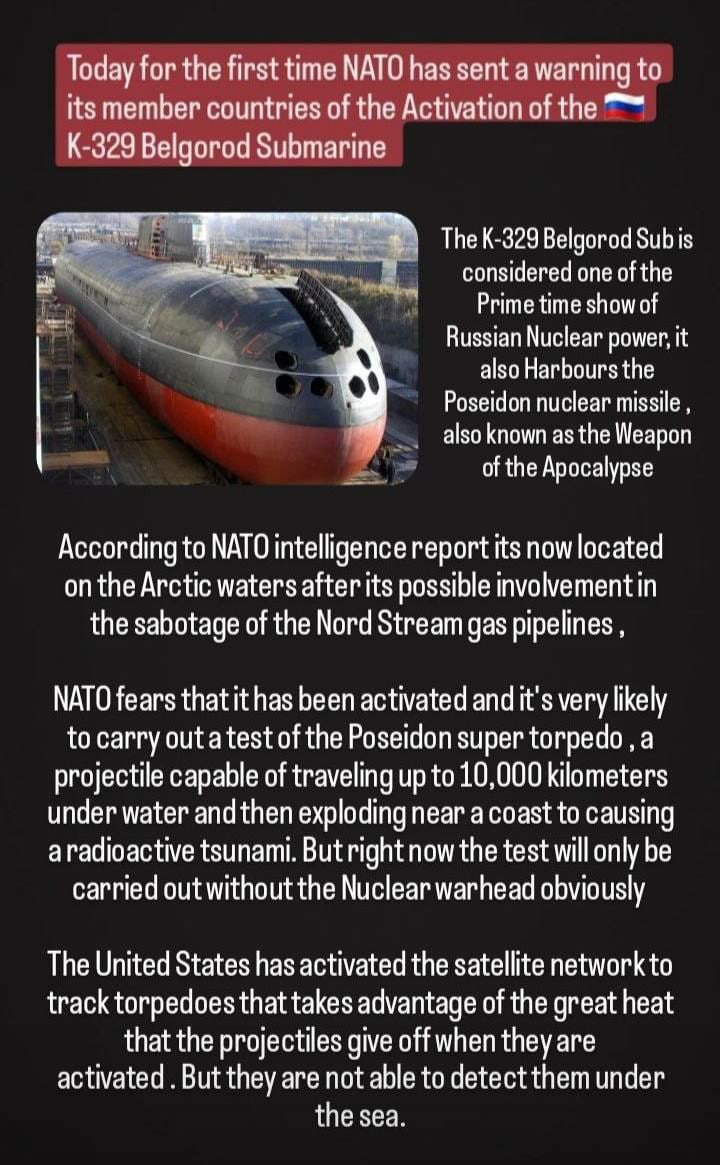 NATO fears that Russia may conduct test launches of the Poseidon super torpedo from the nuclear submarine BS-329 Belgorod. The Italian newspaper La Repubblica reported this on October 2, citing an intelligence report by the alliance.

According to the newspaper, U.S. satellites equipped with infrared sensors, which track Russian missile launches, may not work with the Poseidon, as the missile does not emit much heat and travels silently at speeds over 100 kilometers per hour.

At the same time, as Western intelligence has found out, at the moment the submarine is being tested in the White Sea, the limits of which it has not yet left.